At the Intersection of Communication and Activism 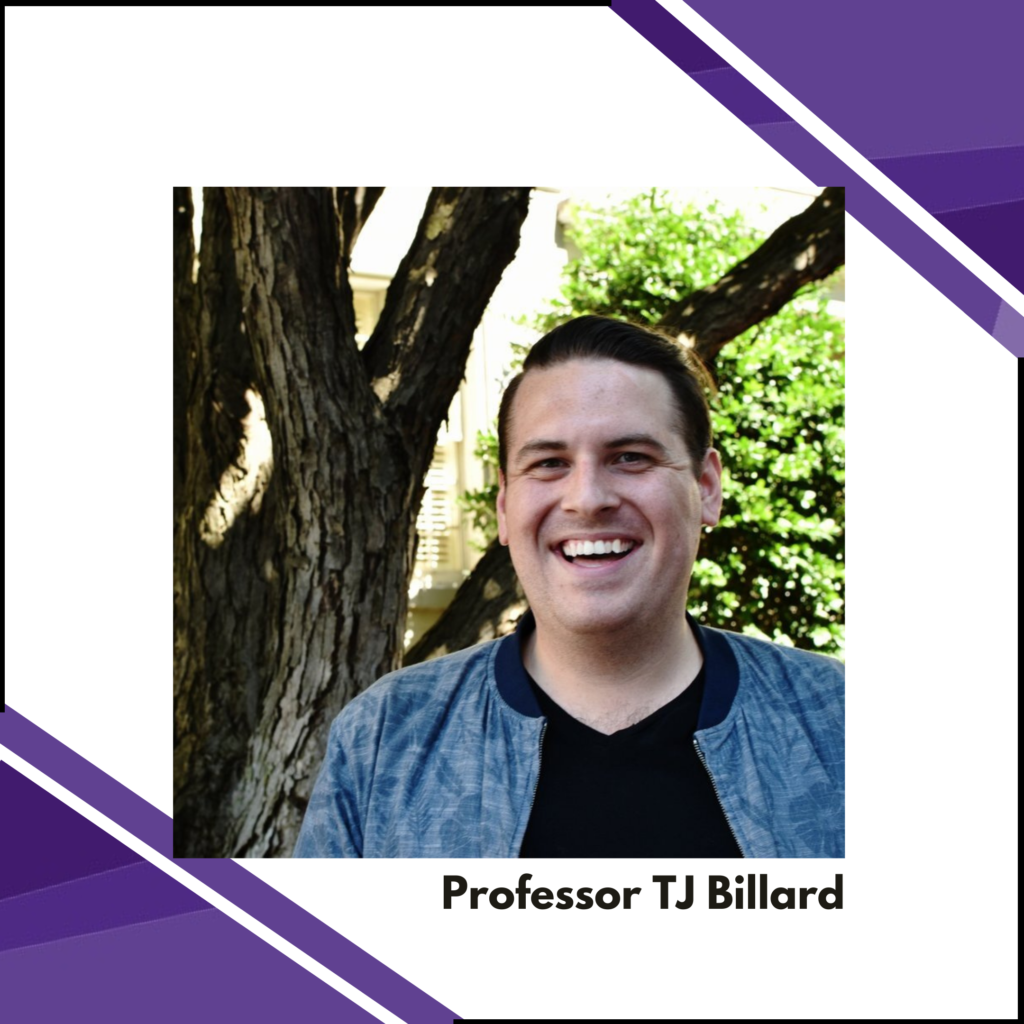 Activism has always been at the heart of Northwestern Assistant Professor TJ Billard’s work.

While studying as an undergraduate at George Washington University from 2010 to 2014, Billard focused on political communication and became increasingly involved in transgender political activism.

“It was a politically optimistic time, but, for many reasons, it was also a frustrating time. People were touting their support for the LGBT community but still had no idea what the ‘T’ was about.” As a student, Billard was interested in coursework that tied back to activism, so every assignment or paper was focused in one way or another on transgender politics.

During senior year, Billard’s honors thesis investigated 10 years of coverage and representation of trans people in print newspapers. “I could see how things were getting better, but not as quickly as you’d think.”

Academic advisors were impressed with what Billard had uncovered and encouraged them to send the piece to the International Communication Association and submit it to a journal, where it was then published.

Realizing that research was a skillset they could put to use, Billard then decided to enter graduate school after more encouragement from academic advisors, earning a PhD at the Annenberg School for Communication at the University of Southern California.

Billard’s dissertation, which has now become a major book project, examines the way activists have adjusted to an increasingly complex and rapidly changing media system, shifting the way they approach activism in order to be successful at encouraging change.

In addition to this work during grad school, Billard also spent time on a side project that eventually grew beyond a hobby: writing a paper (“just for fun!”) about the use of graphic design and typography in political communication.

Once again, an academic advisor saw Billard’s work and encouraged them to publish it. The topic quickly gained traction and attention.

“Campaigns were deliberately creating graphic design materials that could easily be manipulated by amateur citizens who had basic knowledge of how to use the right software,” says Billard. “They were doing this on purpose so people could use these resources to further their brand for them. It was a way of capitalizing on enthusiasm to get free branding.”

Sharing these discoveries, Billard spoke with political communication scholar and colleague Rachel Moran about the movement. Together, they realized this concept went beyond graphic design and was actually reshaping a new approach to brand formation.

“It started off as just something fun, but I ended up with this whole stream of research that we’re still working on today,” says Billard. After analyzing how different administrations and campaigns have successfully used design and graphics, the two created a theory they now call “network branding,” which takes into account how communicative power is distributed within a brand culture that is heavily mediated by networked communication technologies.

The findings were so impactful that a Pete Buttigieg campaign manager contacted Billard to discuss their work and then set out to put into practice the things he had learned.

This fall, Billard is bringing this perspective on branding to MS in Leadership for Creative Enterprises students. The course, Brand Management in the Digital Age, provides an overview of how the practices of brand management have transformed in recent decades, becoming more personal and taking more explicit stances on issues of identity and justice.

“One of the interesting things about teaching something like branding is that everyone has involvement with it. There’s a certain excitement for people when they read something that describes their experience with a brand and it brings a clarity to things they’ve noticed but didn’t know exactly what or why they were that way. It’s been a fun learning experience for everyone—me included.”

Billard’s goal is for students to walk away from the course with a more nuanced and balanced view of brands and the ability to understand important issues related to their social, cultural, and political significance.

“Some people look at brands and things related to consumer culture as a way to make money. Others talk about how we can’t escape the way consumer culture has infiltrated every part of our lives. I want students to find that place in the middle where they see how brands have dominated culture and how they’ve been resources common to culture that people use to relate to each other and build community.”