From Zoology to Journalism: Emily Altimari on Finding Passion in Hidden Spaces 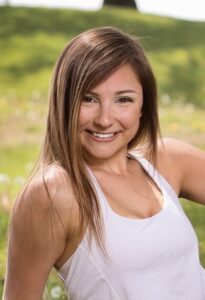 Emily Altimari didn’t quite have the conventional start most creative industries professionals do. During her time as an undergraduate student at Colorado State University, she first studied zoology. Her love for animals motivated her to take up an animal care internship in a Chicago area zoo. It was during her time there that she realized that she was more interested in understanding people and working with them. “I always loved writing and when I was a child I would write small chapter books,” she explained, “so when I got back to Colorado State, I switched my major to Journalism with a double major in Spanish.”

Her time as a Journalism major allowed her to hone in her personal voice and she picked up comedy. “Apart from learning the bare bones of writing, I also started a satire monthly column in the Colorado State newspaper,” she mentioned. As she worked on her writing further, she found herself going down a public relations path. “I kind of like to talk to people and be around them and I thought that was a good way to use that skill with my writing,” she explains. After a year of working for a tech public relations firm in San Francisco, Altimari eventually applied for a public relations job at the Lincoln Park Zoo in Chicago. “It was an incredible job,” she explains, “I got to live stream sloths and create a soap opera about the drama going on in the penguin colony. It really allowed me to be creative.”

After her time at Lincoln Park Zoo, she started working for Northwestern Medicine as a content creator. Altimari believes that she has been able to find intersectionality between her passion and profession in every job she has worked. “I see my journalistic mindset as a framework and I am able to build everything else off of it,” she explains. Her work has allowed her to think critically about herself as a professional and has helped her understand what her dream project would be. Altimari wants to someday combine her love for the creative arts like music and her passion for fitness and wellbeing and create a yoga studio that fosters creative well-being. She believes that entrepreneurship will help open this avenue for her and that her time in the MSLCE program will be pivotal in this journey.