Understanding the Impacts of What You Watch 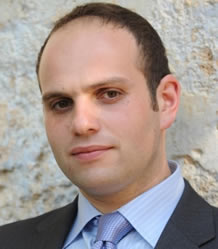 When you sit down to watch a new movie or enjoy your favorite sitcom series, do you ever stop to think about what you’re learning?

Nathan Walter, an assistant professor for the MS in Leadership for Creative Enterprises program, has spent years evaluating strategic messages, media psychology, communication ecologies, and the correction of misinformation. Whether we realize it or not, he says, the media we consume can influence our daily habits and thoughts; research demonstrates that engaging stories can play a valuable role in helping people process new, difficult, and controversial information, as well as adopt certain attitudes and behaviors.

“It’s not surprising that a show like Grey’s Anatomy may teach people about health,” he explains. “That can be obvious. But we’re not aware of the education process happening as we watch The Queen’s Gambit or The Conners, for example. Because we aren’t aware, we’re more susceptible. Because we’re more susceptible, the strategic parts of narratives have maximum impact. You don’t watch fiction and ask yourself, ‘Is this real?’ Even though you know it’s not real, you’re often still learning something.”

By nature, people are storytellers; for thousands of years, narratives have played vital roles in transmitting crucial knowledge. “We are all processers of stories and social information,” explains Walter. “Only after that are we capable of understanding things like numbers, frequencies, and proportions. While we’re trying to tell the most compelling, enjoyable stories possible, we also have opportunities to provide a positive or negative impact on audiences.”

Examples of entertainment education can be found everywhere, from the storylines about cancer in Desperate Housewives to narratives about the efficacy of condoms in Friends. Even The Queen’s Gambit, which was released last year, has already influenced its fans. Around the country, there has been an uptick in chess competitions, boosts in online chess games, and sales increases in chess sets as viewers watch this miniseries about a female chess prodigy.

Walter notices plenty of untapped potential when it comes to entertainment’s ability to persuade and educate through the examination of societal issues … which is what his new MS in Leadership for Creative Enterprises course is all about.

The Power of Strategic Storytelling uncovers how problems can be solved through narratives and storytelling; it also discusses strategies for integrating social messages into creative mediums by using entertainment as a vehicle to provide education on important topics. “We show throughout the course how choices about plots and characters, as well as framing problems and solutions within a narrative, can create strong social behaviors—either good or bad.”

Everything he teaches is backed by data, and Walter makes an effort to weave in current examples that students can investigate for themselves. In the most recent season of The Conners, for example, Walter says subjects like the presidential election and wearing masks amid the pandemic were discussed among characters—which can impact viewers’ thoughts and opinions on these current topics.

“We get to know these characters vicariously,” he explains. “Often, we don’t have experience in engaging in conversations about issues like abortion, political disagreement, or gun violence. Seeing how others do it—and seeing the successful or not-successful outcomes in media as a result—can influence our behavior. Part of the solution to the problems we encounter can come from storytelling through creative media.”