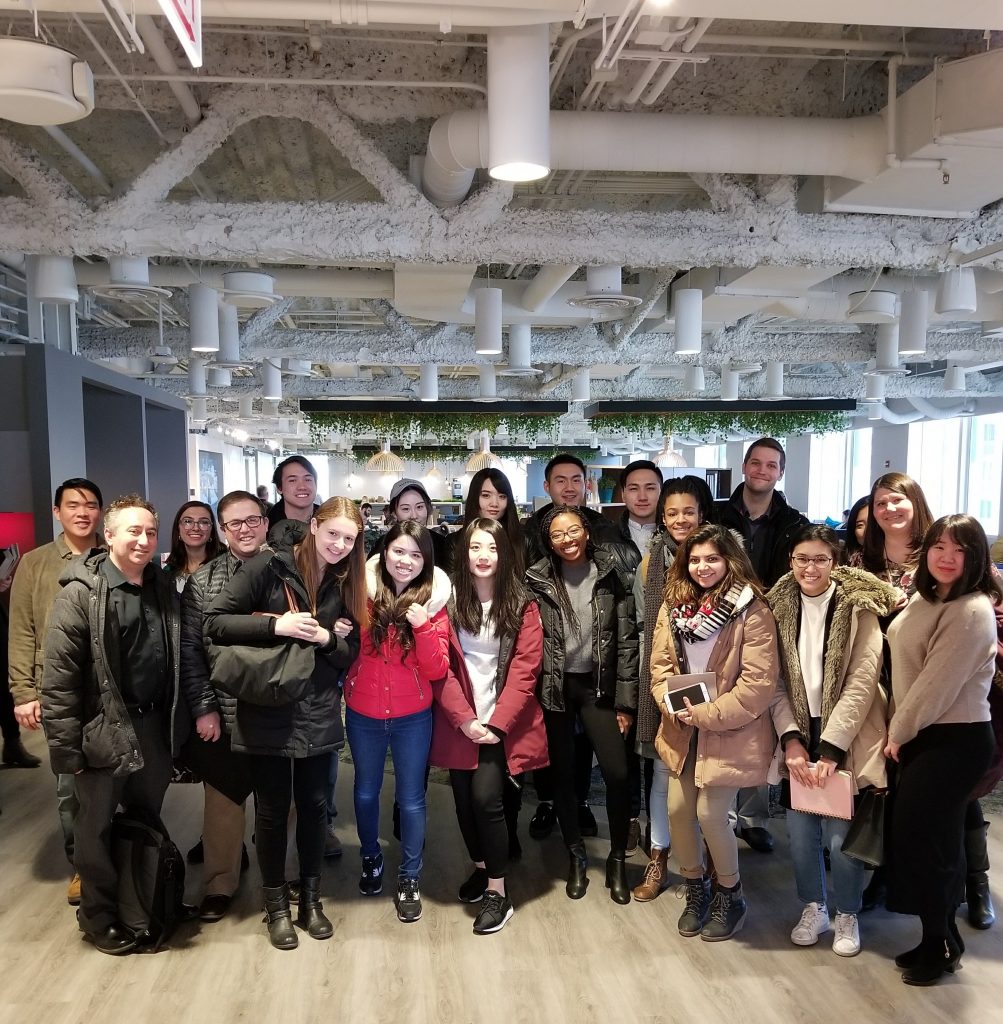 “When you reach for the stars you may not quite get one, but you won’t come up with a handful of mud either.” – Leo Burnett

If it wasn’t for his optimism, Leo Burnett, the world-renowned advertising agency, would probably not exist today.

MSLCE students recently had the opportunity to visit the Leo Burnett company in downtown Chicago, as part of the quarterly site visit component of the program. Interacting with VP Account Director, Erin Fallon Ingram; SVP Director from the optimization team, Garrick Bradley; and two members of talent management team, students got a feel for the working environment of Leo Burnett.

Students were immediately given a taste of the work ethic and value culture of the company, receiving two items that symbolize the company on a foundational level: The Alpha 245 pencil, the eraser-less tool Leo Burnett utilized during his creative process, encapsulating the ideal that “no idea should be erased, as it may lead to the right idea.”

The second item was a tiny booklet entitled The Apple Story, containing the story of the inception of the company, and how naysayers doubted Leo Burnett’s idea of starting a company during the Great Depression. The apple is still a prominent symbol in all Leo Burnett offices around the world, and visitors are handed an apple that could perhaps be a symbol of prosperity and success: something Leo Burnett achieved 83 years ago.

As part of the visit, students had the opportunity to tour the Innovation Lab, the place to experience technology first hand. They were introduced to several different technological innovations created at the company, including Visual Light Communication, Conversational Technology, and even a Smart Mirror, an emerging technology for retail stores.

This site visit served as an opportunity to connect theoretical learning from MSLCE classes such as the Business Models class, where students analyze various businesses, tracking the scale of success for a company. Leo Burnett’s ideals and cultural values resonate throughout the company, and new employees are actively engaged in absorbing the culture.

Facebook Post: MSLCE students experienced first-hand, a day-in-the-life of working at world-renowned #AdvertisingAndMarketing company #LeoBurnett. With clients such as Samsung, Coca Cola, General Motors, and McDonald’s, students got to interact with #NorthwesternAlumni currently employed at the prestigious company.