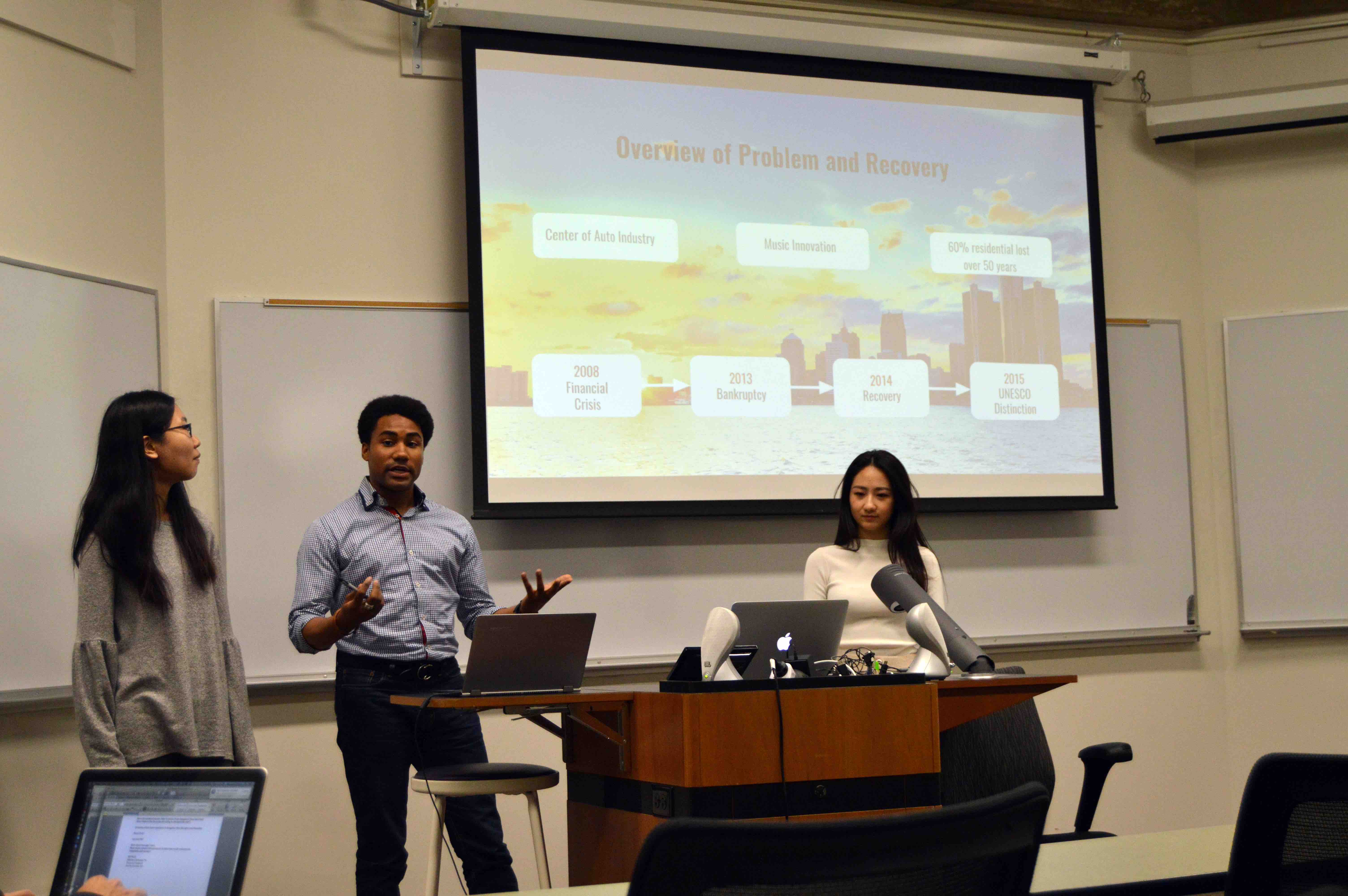 Growing up, “globalization” meant a geography class with an international focus. But as an international student studying in the U.S., globalization has morphed into the process by which I submerge myself into this diverse country. So what is globalization, really? Through the MSLCE Culture and Globalization course, I found the answer comprises more contexts than I thought before.

A physical location is a synthesis of all the elements that support people’s lives. In the frame of creative fields, a place could include fashion, television, music, movies, fine arts, and the high-end food industry. In this smaller and smaller world, globalization tells the relationships and the synergy among all the different locations. Also, it is also about how different places still keep their characteristics when assimilation is the dominant trend.

In this course, Professor Claudio Benzecry led students through an intense, interesting journey into globalization with a sociological perspective. The class read academic articles, and discussed different topics like national campaigns, music festivals, and the movie industry. The students’ different countries and cultural backgrounds drove the dynamics of class. For example, when K-pop and K-culture was the case under the topic when cultural industries expand on a global scale, not so many American students were familiar with this Korean phenomenon. The sheer joy of sharing culture and value is also one of the beauties of globalization.

After sorting out the factors that shape cultural production in this connected world, we were divided into four groups and were encouraged to use the theoretical and methodological roadmap we learned in the class to work on specific city campaign projects: Detroit in the U.S., Hangzhou and Macau in China, and Colmar in France. Different strategies for technology, cultural industries and tourism were developed based on our research. By navigating through the landscape of how contemporary culture is globally produced in different cities, we came to better understand the local roots of globalization.