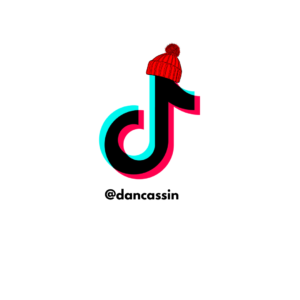 ‘Dan’s Mystery Hat Box,’ was a defining video in Daniel Cassin’s journey as a TikTok content creator. The video was focused on Cassin’s call-to-action to help raise funds for his time in the MSLCE program and Chicago area shelters. To his surprise, it got over two thousand responses. Cassin was able to utilize that video to raise funds by making hats for those who responded but that is not where his journey as a TikToker began. Before his mystery hat box became a viral success, Cassin was using his platform to explore digital theater and to keep his relationship with the creative arts alive.

“It kind of started as a joke but quickly I realized this was something I could do,” he explained, “it came to me at a good time when I wasn’t doing anything else.” While Cassin admits that his first few videos weren’t a success, they did allow him to harness his creative energy during the pandemic. He found his corner on the platform by exploring soundtracks from musical theater productions and adding a third narrative to it. “I add new lyrics or new harmonies so it creates a fuller narrative within the song,” he elaborates.

It was important for him to exercise his creative licensing and this persuaded him away from solely reproducing content created by others. His work is primarily focused on adding narratives to musicals that wouldn’t normally be written into them. “I want such musicals to be seen in an entirely different way,” he elaborates, “the nuance of that is to explore the “what ifs” in storylines.”

Much of Cassin’s work is influenced by his own experiences with musical theater growing up. He really wanted to add his own voice to pieces that were crucial in informing his performance awareness and interests. “For me, it’s always about asking why a particular storyline shouldn’t exist,” he explains.

While he has come a long way from his early days on TikTok and gathered an immense following in the process, for him it was never about being an influencer. “ I have never taken sponsorships or paid promotions because it goes against my personal brand and what I am trying to do on this app,” he explains, “my platform is aimed to be a sounding board for my musical creativity and those of others.” TikTok has helped him hone his social media presence skills and to be able to track his own performance on these apps.

While Cassin believes that post-pandemic people would be more inclined to view in-person productions as opposed to ones produced digitally, he does believe that TikTok has set the benchmark for innovation in short-form production.