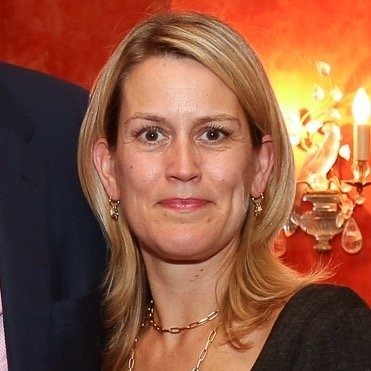 Margaret Pomeroy Hunt has seen the arts and cultural industry evolve for the last two decades. She started her journey at University of California, Irvine where she studied Dance. After college, she knew she wanted to work at the New York City Ballet and reached out to her network which ultimately helped her land her first job in the non-profit arts industry.  “The job was mostly sitting in the hallway and addressing envelopes, but I was working on a major development project. This where I met some amazing development professionals,” she elaborated. She continued her education at the Kellogg School of Management where she earned her MBA. Her time at Northwestern transformed her as a professional in the business aspects of the arts and culture industry and equipped her with the skills she needed to handle larger teams and larger projects.

Fundraising has been a common thread throughout her career even when it wasn’t the core function of the job she was doing. She’s worked for HBO, Coca Cola and A.T Kearney and her fundraising experiences range from working with public organizations that depend on smaller donations such as the New York Public Radio to working with institutions such as her current employer,  The Shed, that have large donation gifts come in from the very beginning. The Shed is a visual and performing arts center in New York City and its central mission is to work with new and established artists alike to create work across the continuum of visual arts. Hunt is the Chief Development Officer and was responsible for the $550M campaign to build The Shed and establish base funding to support the organization.

Most of the work Hunt does with her team revolves around finding ways to get the donors to engage with the performances and exhibitions at The Shed. The organization is still in its early stage and has had to adapt rapidly to the digital demands of the Covid era. When Covid struck the cultural industry this year, she found herself in a rather difficult space. Unlike the other established institutions in New York City, The Shed didn’t have the reservoir of productions and exhibitions that had been recorded in the past and could now be streamed for free. “We didn’t actually have things that we could even stream that way. And we don’t have the rights from the artists to stream any of them. So, we had to start from really nothing,” she explained, “We then started a series called Up Close that brought in emerging artists that specifically made work for the digital space.”

While The Shed is learning to cope with the changes in the industry, they are also trying to make the arts accessible to everyone. Most of their content is free and viewers have the option of making a benevolent donation if they’d like.

The Shed is currently planning on reopening this fall with a large experiential exhibition and musical collaboration that brings the rock and pop genres to the center. When discussing the different types of content that were being planned for the Shed, Hunt points towards the events of the recent months as a catalyst for diverse content. “We’re opening with an exhibition by an artist Howardena Pindell who’s 77 years old. She was the first black woman curator at MoMA years ago in the 70s. She’s an incredible artist and the centerpiece of her work that she created for us … was an unrealized project that she’d always wanted to do. It’s a video about lynching,” she elaborated.

While Hunt believes that the arts is crucial for the world right now, she also believes that experiential art would never be the same. According to her people are changing the way they experience art and we must adapt.