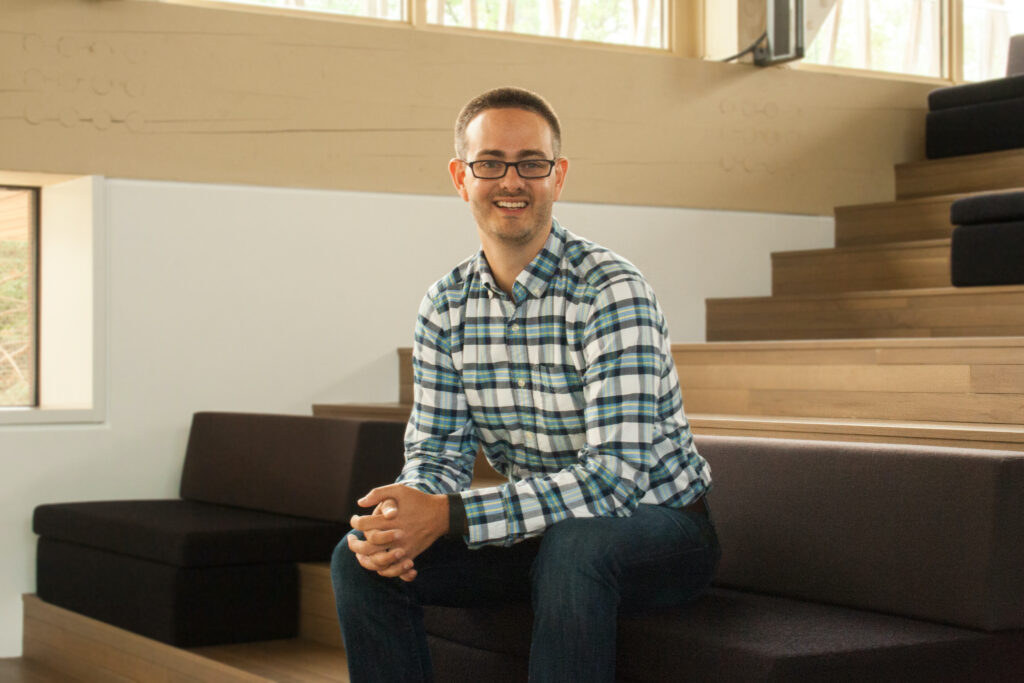 Northwestern alum Jon Faris is no stranger to the creative industry. During his time at Northwestern he studied Theatre and helped found and manage several theatre boards like WAVE Productions and the Student Theatre Coalition (StuCo). Since graduating from Northwestern, he has worked with award-winning production companies such as Uma Productions and returned to the School of Communication as a guest lecturer on arts management — a role he serves at DePaul University as well— and on the advisory board for the Theater Management Module.
Prior to this current position, Jon was the Managing Director for Writers Theatre in Glencoe, Illinois, where he led the design and construction of their new state-of the art theater center. These days he can be found working with creative teams at Category41— a global experience studio — where he is the Head of Production Operations.

When Jon graduated Northwestern in 2003, programs like MSLCE didn’t exist. Despite being enrolled in the theater program, he knew extremely early on that he wanted to work for theatre behind the scenes. This insight was fully realized during his internship at Steppenwolf Theater Company the summer before his senior year which exposed him to the different possibilities for work within a creative organization — some of which he had never considered before and acted as a springboard for his career in creative management.

He attributes a large part of his success to having good mentors early on, especially his supervisor at Steppenwolf. With the help of his mentor, he landed his first job right out of college, assisting on the set of Tony Kushner’s summer play “Homebody/Kabul”. When it was time for him to transition into the next phase of his career, it was again these connections at Steppenwolf that helped him land his next job. “They reached out to all of their colleagues in the Chicago theatre area — who ran theatre companies…and one of the people that responded with Jennifer Bielstein, who was the managing director at Writers Theatre up in Glencoe,” he explained.

When talking about his career path, Jon considers himself extremely fortunate. He considers his primary job to be a facilitator and provider of resources for artists within the industry and has a lot of empathy for them. However, perhaps the most impactful insight he left us with is that “When there’s an opportunity at a job and you know there’s a new thing, there’s a gap and nobody owns it…it’s no one’s job description. Sometimes those are the moments where if you say yes, and you step in, then all of a sudden you gain experience and become the person [they need for the job].”