How Cinespace Film Studios is Supporting a Growing Industry in Chicago 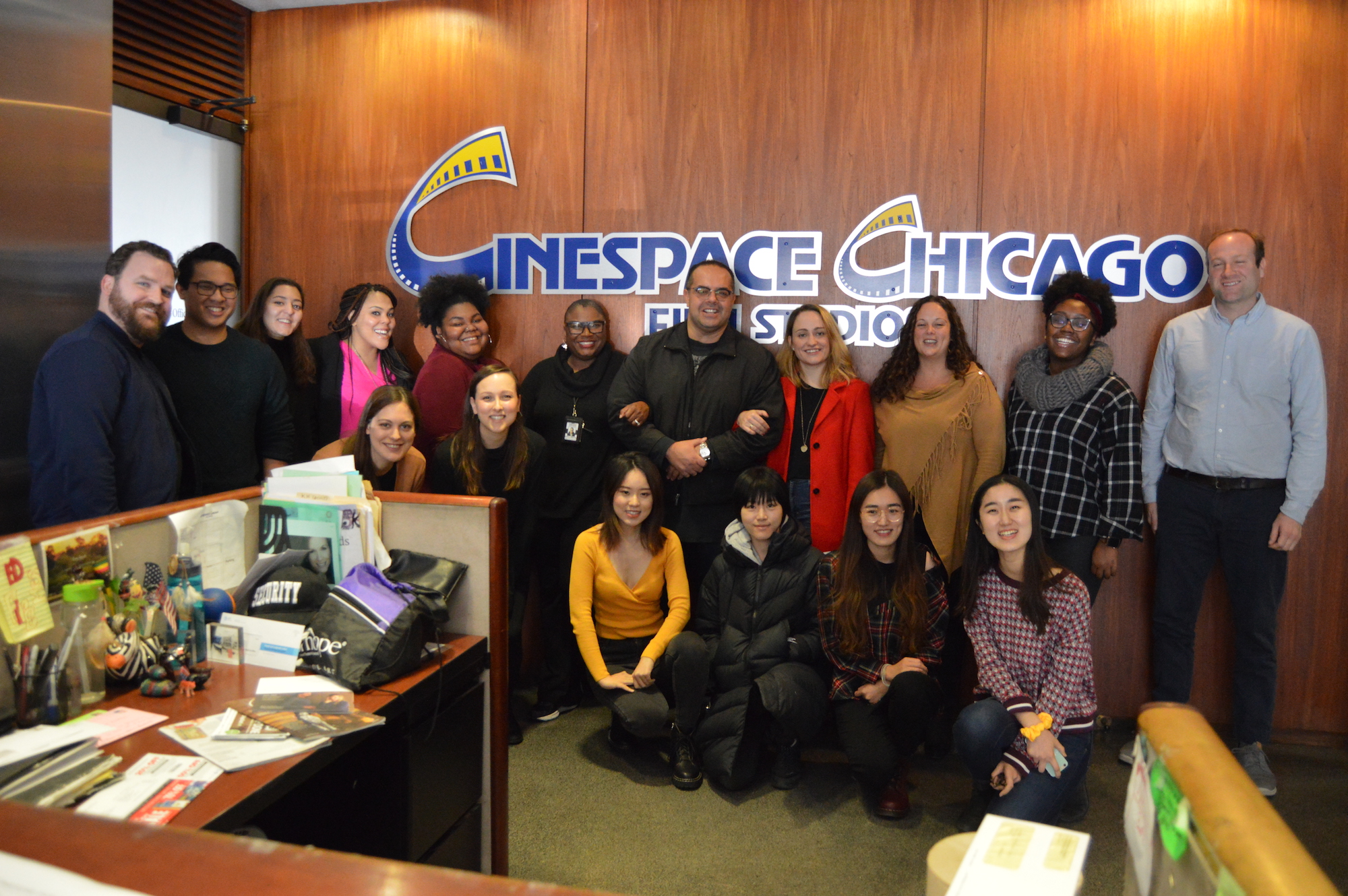 Support. Whether providing resources, aiding financially or bearing some of the weight, every company needs support to be successful.

When we think about the creative industries, we often focus on the creative work they’re doing, the art or content that’s being made. But none of that would be possible without the behind-the-scenes support.

In Chicago’s budding film and television industry, one company is integral in supporting this growth: Cinespace Film Studios. Our cohort took a trip to the Cinespace studios to talk to its leaders and learn about how the company and its programs are supporting the Chicago community.

Originally founded in Toronto, Canada in 1988 by Nick Mirkopoulos, Cinespace Film Studios was created to specialize in the development, management and operation of studio space. The company wanted to support facilities for the film, TV and digital media production industry.

In 2011, Mirkopoulos and his nephew, Alex Pissios, brought Cinespace to Chicago to hopefully continue the success they had in Canada in the United States. Today, Cinespace is the largest owner and operator of studio space in North America, making the Chicago studio the biggest independent movie studio outside of Hollywood. 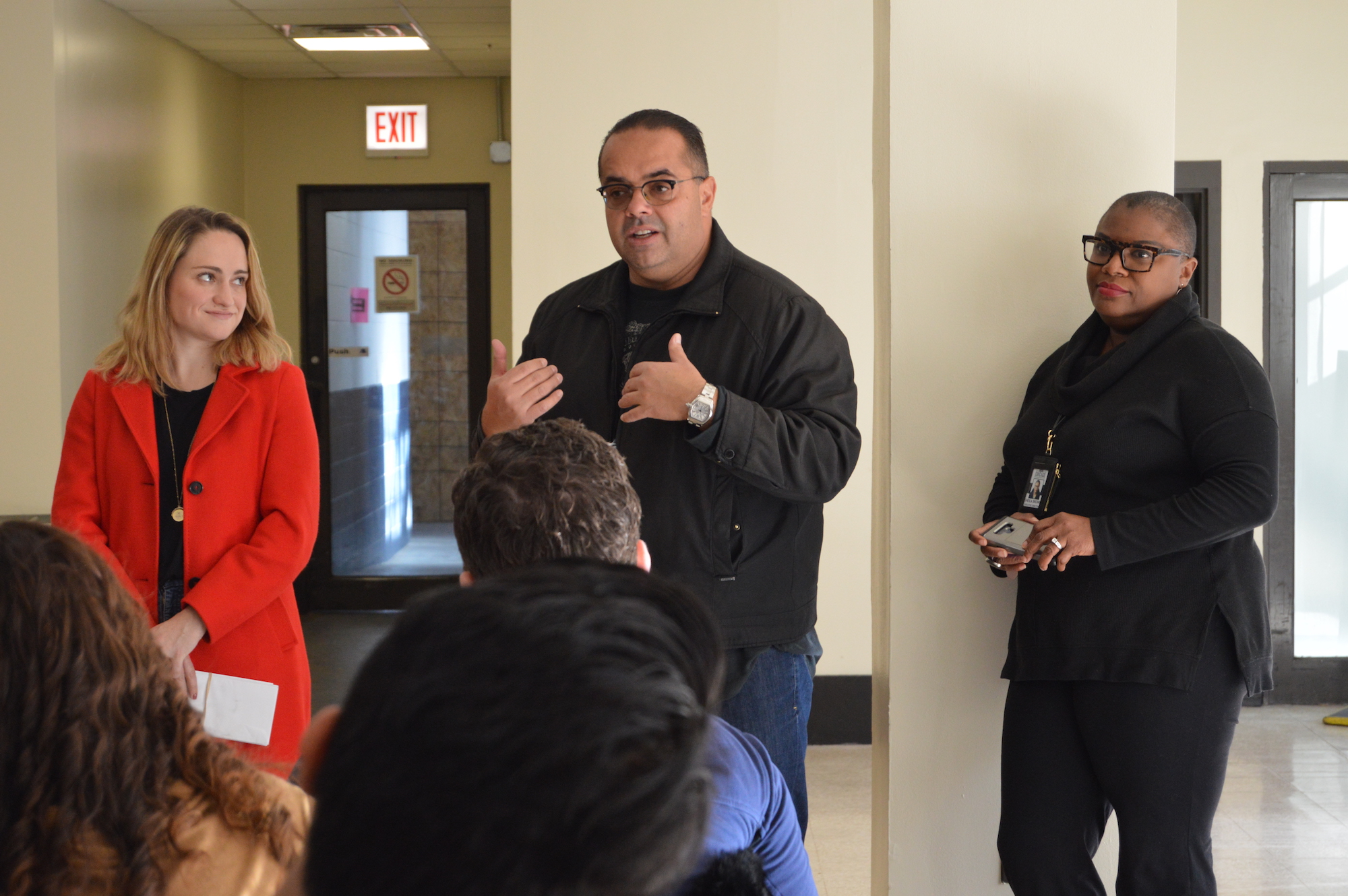 During our visit, Pissios stressed how we’re currently witnessing a special time for the film and TV industry, as more people are financing content and the demand for industry jobs outside of Hollywood is growing. Good news for MSLCE students looking to stay in Chicago!

At first glance, Cinespace may feel like a movie-making business, but Pissios says it’s actually a real estate business, and each of the shows renting studios are the tenants. During our visit, our cohort got to walk through the sound stages for Chicago Fire. Cinespace is home to the set of producer Dick Wolf’s Chicago franchise, which also includes Chicago P.D., Chicago Med and the short-lived Chicago Justice. Empire, as well as other TV shows like Shameless and The Chi have also filmed at Cinespace.

As the demand for more film stages in Chicago expands, Cinespace is supporting the industry’s growth by turning more warehouses into sound stages and creating more jobs to develop a larger workforce. To prepare people for these jobs, Mirkopoulos’ family established the CineCares foundation.

CineCares is one of two non-profits funded by Cinespace, and their mission is to invest in programs that empower residents of Chicago’s underserved communities through education and job training in TV and film. Shelia Brown, executive director of CineCares, is passionate about creating opportunities for youth in Chicago’s neighborhoods.

Brown sees her role as a way to support youth and affect their lives. She shared stories about some of the young adults who have gone through the program and how CineCares has given them transformational opportunities. As leaders in the MSLCE program, many of us are looking to step into roles where we too can impact and support others, so hearing about her influence engaging the community really left an impression.

She gave us a piece of advice that stuck with me. “If you walk around holding on to every blessing you have, you won’t be able to grab on to the next one. Which is why I walk around with jazz hands.” Knowing when our next opportunity is present and being able to let go of what has passed is something all leaders need to recognize to help their teams flourish.

Working in a fickle industry, such as film, where you never know what will succeed and what will fail, means filmmakers need to be flexible and able to embrace new opportunities. Stage18, the other non-profit under the Cinespace umbrella, is dedicated to supporting independent filmmakers, visual artists and entrepreneurs.

A few years ago, Angie Gaffney felt that there was a lot of film and media talent in the Midwest that needed support. She worked with Pissios to start an incubator to support the talented community of writers, directors, cinematographers and storytellers. Knowing that the Chicago film and media community was smaller than Hollywood, but still mighty, Gaffney saw a unique chance to help build that network.

“Your network will help determine your net worth.” Her words of wisdom are not only applicable to the growth of the film industry in Chicago, but also to our cohort as we continue to build relationships in the industry. Stage18 provides events for members to connect with other filmmakers, as well as developmental programs so these creators can grow the film community. With the support of organizations like Cinespace, CineCares and Stage18, as well as the creative community, filmmakers and like-minded entrepreneurs have the power to make an impact in the industry, and in the city of Chicago.