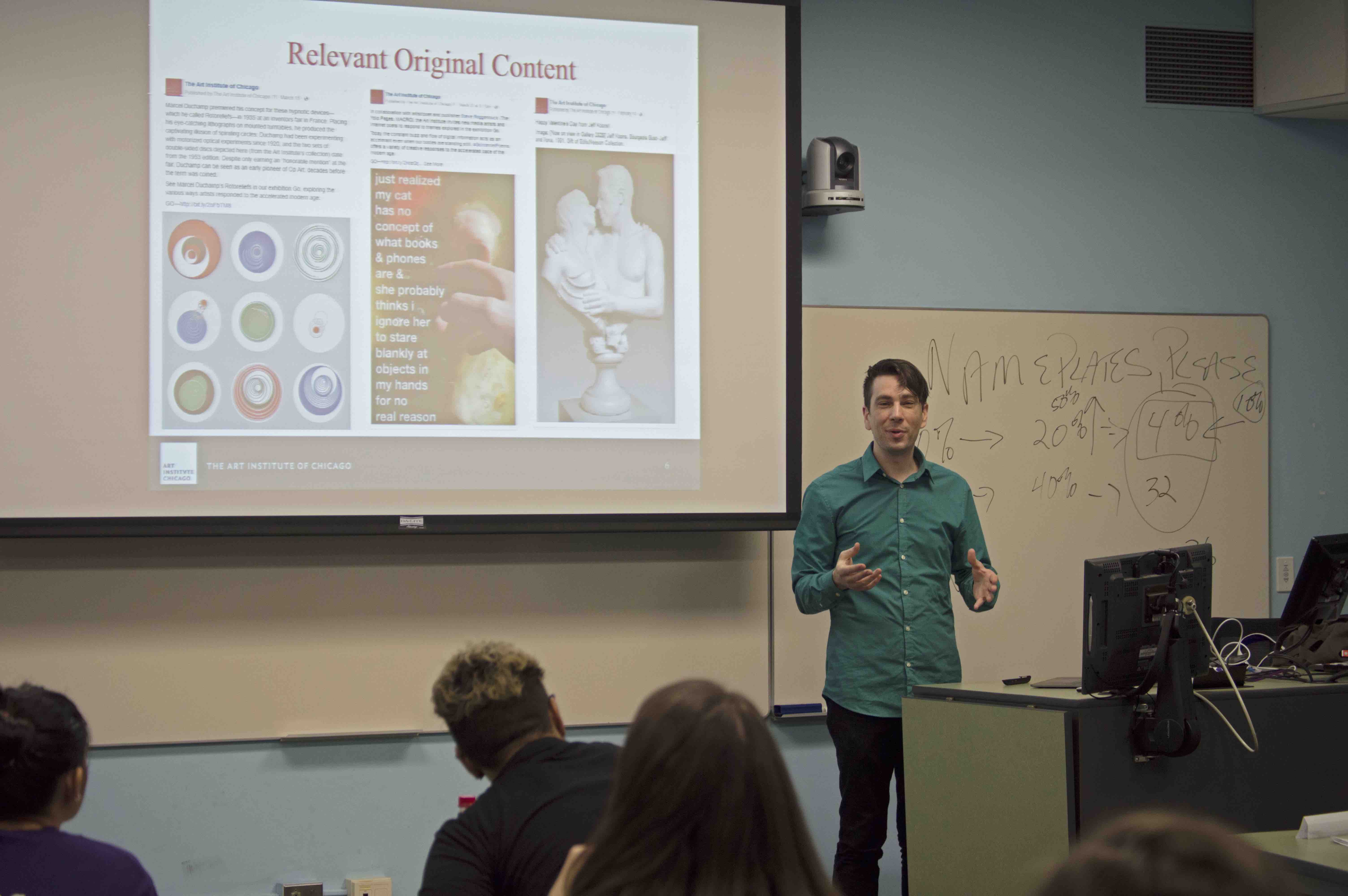 While watching Ferris Bueller’s Day Off recently, I thought about the famous scene at the Art Institute of Chicago (AIC). I wondered, what if the museum launched a social media event called “A Day Off at AIC”?

I soon learned that the museum has already recreated the movie scene in a more genius way: when their president Douglas Druick retired after thirty years, the museum gave him a “Director Druick’s Day Off.”

From Robby’s perspective, the AIC’s three social media platforms, which include Twitter, Facebook and Instagram, are in a relationship with their visitors. The relationship is built through content marketing, nurtured by community management, and honed through optimization and measurement. The three steps are the secret of social media strategy at the museum. Students received some great examples from Sexton about how he puts these into action, like how they used Twitter and Instagram influencers to deepen personalized engagement during AIC’s historic exhibition Van Gogh’s Bedrooms.

Social media specialists seem to be the most versatile staff at the museum. They must have a great aesthetic sense and a rich art knowledge, which they rely on to craft thoughtful, detailed posts. At the same time, it is also necessary for them to understand marketing, communication, data analysis, psychology, globalization and even crisis management. They work in an industry changing at an unbelievable speed, which forces them to work with high intensity in order to not fall behind. For example, since the Los Angeles County Museum of Art succeeded in using Snapchat for the first time, AIC is likely going to act on their own plans to launch a Snapchat account in the near future.

In addition to being a hard worker, Sexton has an amiable personality and ample humor and wit, which he puts on display on the AIC’s social media accounts. In this digitalized world, what he creates will become the image of the museum.