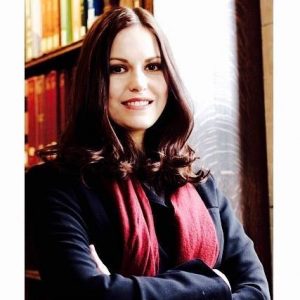 Larissa Buchholz’ research engages with the dynamics of cultural production and reception in an increasingly globally interdependent and interconnected world. Her forthcoming book The Global Rules of Art. The Dual Emergence of a Cultural World Economy examines global transformations in the contemporary visual arts, and the different ways that artists become valued worldwide. The book begins with a puzzle: as globalization entails extraordinary cross-border flows and growing transnational valuation of cultural goods, will these dynamics lead to the extended dominance of cultural goods from a few Western countries, resulting in cultural homogeneity, or enable greater circulation and recognition of cultural creations from non-Western regions, and thereby produce increased cultural diversity?

Buchholz has learned that the study of culture, in fact, of anything, evolves incrementally. Rather than one “Aha!” moment, research involves a series of surprises, realizations of error, and small discoveries that assemble to create a comprehensive portrait of a complex system. For example, at the beginning of her study, her research found that despite globalization, the hierarchies among the most recognized artists seemed hardly to have changed over the past decades. Artists from non-Western countries continued to be highly marginalized. Thus, Contemporary art seemed to remain a Western-dominated world. But her reproduction thesis, about which she had published, was put into question in 2007 when something remarkable happened: Chinese contemporary artists rose to the heights of the global art market, achieving multi-million dollar prices at major Western art auction houses, while rivalling such Western market superstars as Damien Hirst or Jeff Koons.

Puzzled by that surprising development, Buchholz immediately plunged into an interview series with art dealers and auction house specialists to find out what happened. This series was a starting point for her to understand how much the auction market had become coupled to a financial logic of valuation, which contributed to the unique Chinese art boom. This logic contrasts to a more cultural expert driven logic of the construction of artistic value (and careers). Thus, Buchholz revised the approach to her study (resulting in the forthcoming book). She made it her goal to account for the heterogeneity of the global contemporary art market in order to identify the diverse logics and processes through which artistic valuation operates globally. Buchholz explains, “I tell my students that they shouldn’t be afraid of mistakes. You as a researcher must be open to surprises and change your work accordingly – which often can lead into exciting new directions.”

Buchholz’s understanding of research corresponds to a prolific career as a sociologist. Her work has been published in a variety of prestigious academic journals, and has earned her acclaim in the form of awards, including the Robert K. Merton Award for best dissertation at the Department of Sociology at Columbia University, the outstanding Dissertation Award from the American Sociological Association, and most recently the Junior Theorist Prize of the International Sociological Association

Buchholz’s interest in global cultural issues stems not only from a long-standing engagement with the respective literature, but also from her personal background. Born in Dresden, Buchholz witnessed the fall of the Wall, giving her a deep appreciation for being able to travel worldwide beyond the former “Iron Curtain.” That background also let her to volunteer as an undergraduate at the House of World Cultures Berlin in 2001, when suddenly, just one day after she had arrived, September 11 happened. Instantly, she found herself in a hotbed of debates about different cultures and civilizations and their role for global conflict or peace. For her first book, this interest in global cultural issues narrowed to the art world more specifically after an experience working in an international art gallery. In that regard, she is quick to point out how important she thinks a global outlook is in today’s professional world. “To work in the creative industries, having a sense of their cross-border dynamics is definitely useful.”