Lisa Trifone Has Built a Career Connecting Audiences with Films 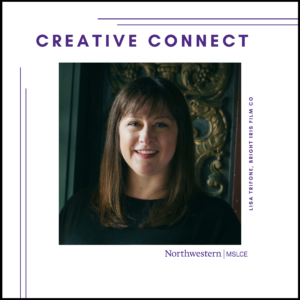 Lisa Trifone has been a part of the film industry for nearly two decades now. Throughout her career she has worked with the film industry in several different capacities, but her journey actually started off as a communication major.

“ I thought maybe I’d work in a local newsroom somewhere or something along those lines. It wasn’t until a few years after college that I attended a film festival that I realized that this is the thing I wanted to do,” she explained.

The film festival opened a realm of possibilities and helped her get her first job in the industry with Heartland Film Festival in Indianapolis. While in retrospect Trifone thinks her job title would’ve probably been marketing manager, she started her work at a time when digital marketing was just taking off.

“It was a lot of on the ground learning. Learning what email marketing is and how to use Facebook,” she elaborated, she and her team were trying to understand what people were responding to and curate their marketing and outreach to this learning.

Her time at Heartland Film Festival also gave her the opportunity to experience the nonprofit industry and work in multiple fluid roles as the organization maintained small teams throughout the year. In retrospect she admits that getting a year-long experience with a film festival would prove to be one of the more unique professional experiences she’s had.

When asked about what made her time at Heartland memorable, Lisa elaborates on the impact her work had on its audience.

“Sitting in that room with an audience full of people and having a story told right like being a part of creating that experience for people being a part of bringing those audiences connecting those audiences to filmmakers and the storytellers themselves,” she explains. To this day, this experience remains the broad purpose behind the work she does.

Her early exposure to digital marketing and social media laid the foundation of her future career and eventually her own business. Bright Iris Film Co., a boutique marketing and publicity agency that specializes in providing filmmakers, producers and distributors with services to find, engage and mobilize audiences. Prior to starting her own business, Lisa worked for the Sundance Film Festival and Music Box Films. Today, her clients include IFC Films, Newcity Chicago Film Project and several independent film teams.

When starting her own business, Lisa believes that her timing was key to her success.

While the film industry still faces uncertain times, Lisa’s organization has been constantly exploring new possibilities and adapting to the changing scenarios, including successfully helping multiple films, including FLANNERY, launch virtual and social-distanced film premieres during the pandemic. She’s dedicated her professional journey to being able to connect audiences with films and continues to explore different ways to keep achieving her goals.