Visiting “The View”: Exploring the Northwestern Externship Program (NEXT) in NYC 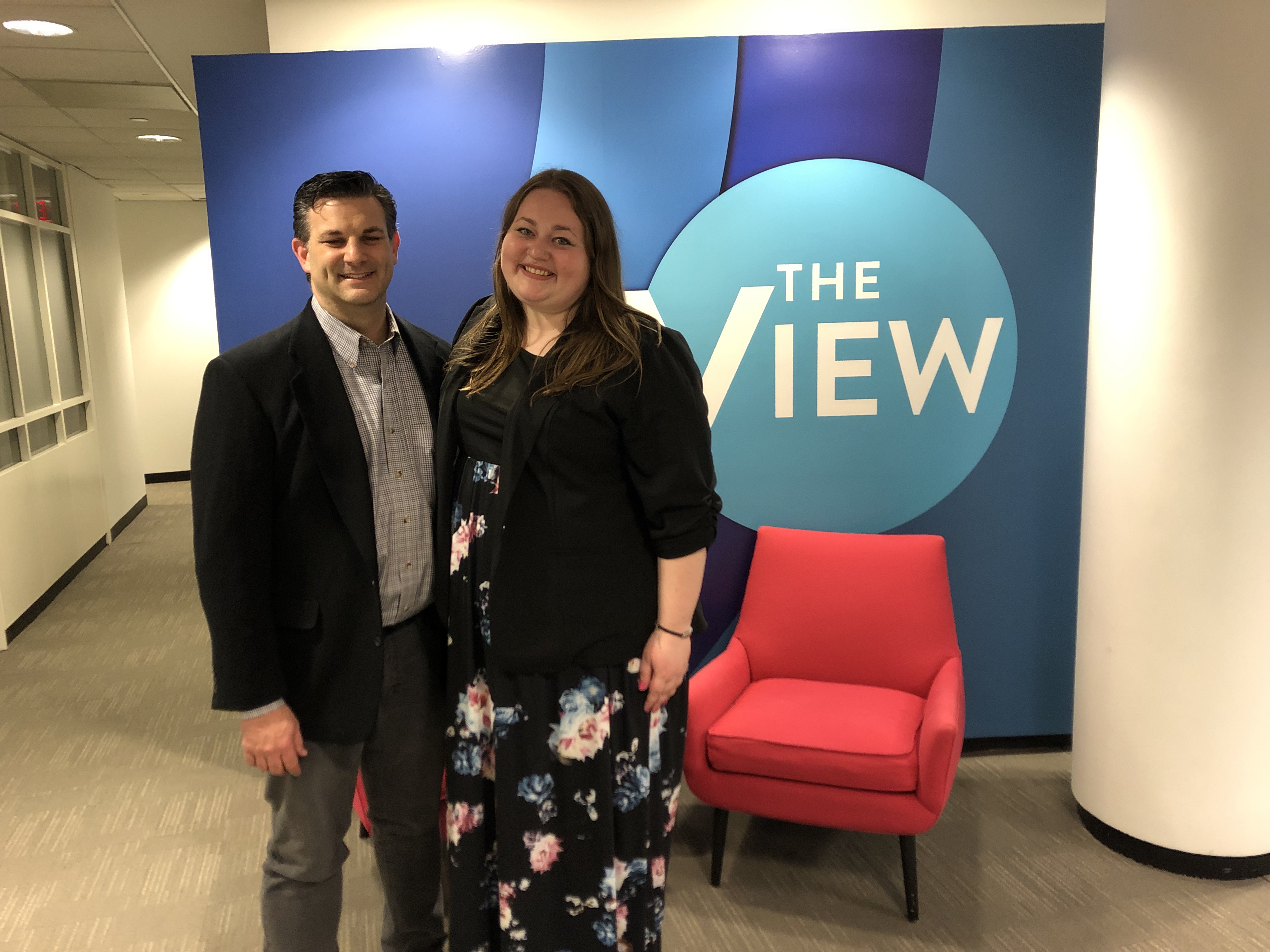 Being a member of the “Purple Mafia” certainly has its perks… More than that, staying involved in the Northwestern community provides many opportunities to network with and learn from some of the university’s most prominent alumni.

Recently, I took advantage of an exciting program available to both undergraduate and graduate students. NEXT (Northwestern Externship Program) is a one-day shadowing program that matches students with alumni in their given major or field of interest to provide them with a one-of-a-kind targeted experience in the heart of their chosen industry. These in-depth site visits range in location and in scope – some are in the Chicago area while others take students to major hubs around the country.

Based on my application’s focus on television development, I was selected to visit “The View” and Disney | ABC Television Group in New York City. Senior producer Rick Segall was my (incredible) host and embodied everything I expected of a Northwestern alumnus: committed to his craft, open and inviting in communication, and willing to share his expertise with others.

Rick spent much of his day guiding me through not only the daily tasks of running a live television program on a major network, but also invited me to speak up and share my thoughts on various aspects of production. For example, when we sat in with one of the show’s graphic designers, he asked me for my input on how a segment preview was coming together. This made me feel part of the team, or “family” as the staff referred to their collective, in an inspiring and encouraging way.

The day progressed at a fast pace. From the production room, we walked over to the studio, where I watched the day’s show both from the audience and within the control room in separate intervals. It struck me just how many people comprise a major production crew for a television series and the teamwork that is essential to making things go as smoothly as possible.

After the show wrapped, the second half of the day covered preparations for the next day’s show. Rick scheduled multiple meetings for me with a variety of cogs in “The View”’s vast machine. My first sit-down was with Executive Producer Candi Carter, who provided several great tips for getting involved from the ground up as I continued along my career path.

I met with several others throughout the afternoon, each of whom sparked different ideas in terms of maximizing my own skills and passions. Executive Director of Operations Julie Amar was candid about her experience with television logistics and how her role affected daily production. Producer Dana Fisher, who had been with the program from its beginning in the ‘90s, showed me a first-draft package for an upcoming episode while we discussed how the show has evolved over the years. Digital Producer Nathan Gedde and I bonded over our work with social media and keeping up-to-date with the most important investor – the audience.

My interests were particularly piqued while meeting with Talent Producer Natalie Bubnis. Natalie was one of three talent bookers for “The View” and she was in charge of securing and preparing for guests in the realms of books, movies and politics. With a show as embedded in current culture as “The View,” it’s crucial to book guests that reflect a variety of values and present topics ready for discussion for the panel. I’ve always been interested in working in talent booking, and hearing Natalie’s description of her work made me excited about pursuing that field in the future.

While the day went by rapidly, I felt fully engrossed in the inviting culture that the entire team presented. Executive producers welcomed me into planning meetings, staff members opened their doors freely and offered to help in any way, and everyone was happy to hear my story and reflect on future opportunities. To see this amount of camaraderie mixed in with the utmost professionalism was pleasantly surprising for a program of this size. The environment was also, quite frankly, very encouraging as I begin to think about my next professional steps.

I was thrilled to be part of the team, at least for a day, and be able to include my own experiences to help guide the day’s show. Thank you to Rick Segall and the entire team at “The View” for making this unforgettable day possible.

To learn more about NEXT, visit here: https://www.northwestern.edu/careers/programs-opportunities/connect-with-alumni/next/index.html