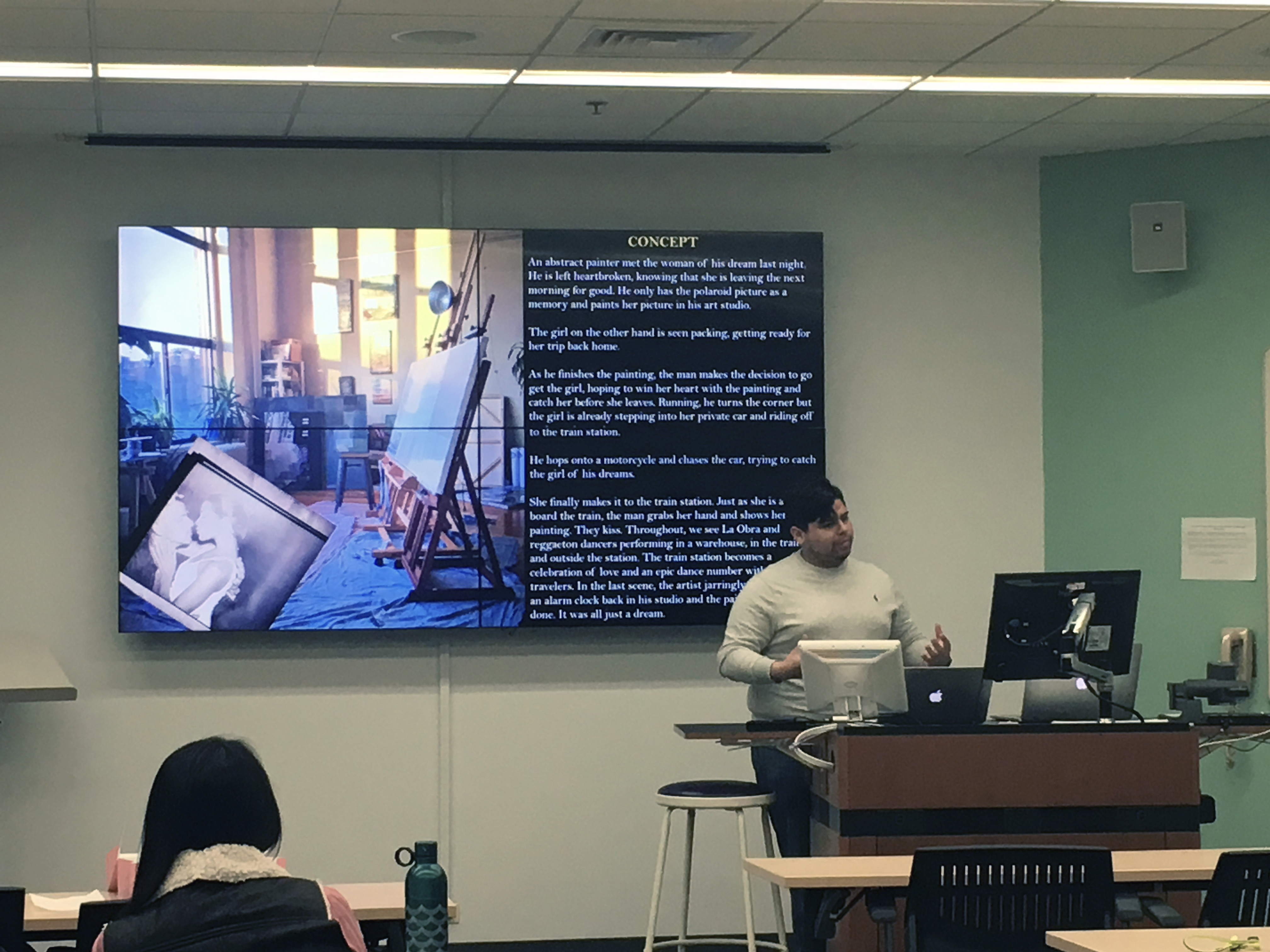 The 2018 MSLCE cohort is comprised of emerging industry leaders specializing in a variety of different interests. Students in Dr. AJ Christian’s Digital Television class recently wrapped up a ten-week exploration into the ever-changing face of the television industry while learning strategies to develop their own ideas into reality.
The class used Dr. Christian’s own book Open TV: Innovation Beyond Hollywood as its source material and framework for the class. Dr. Christian established his own digital TV network by the same name which just launched its second round of content in March of 2018. The book covers the strategies of producing content for the new era of television, including development, production, financing, marketing, and distribution.

Dr. Christian also set up opportunities for the students to talk directly with industry professionals from networks like Showtime, Hulu, and HBO via Skype. Students were also given the chance to give “Critical Karaoke” presentations, in which examples of television specific to that week’s topic were evaluated using the framework for the class.

Students in Digital TV thoroughly enjoyed the course because of the structure of the class. Student Haley Baker commented, “Digital TV was my favorite class this quarter. I particularly loved how AJ blended lectures, class discussions, student presentations, and talks with industry professionals. It gave us a very practical and meaningful glimpse into the industry.”

The group’s final projects involved integrating all of the elements of the course together into one final research paper, series pitch, or production. Some students even produced actual music videos and presented clips in the final class. Check out Dr. Christian’s OpenTV network at weareo.tv.