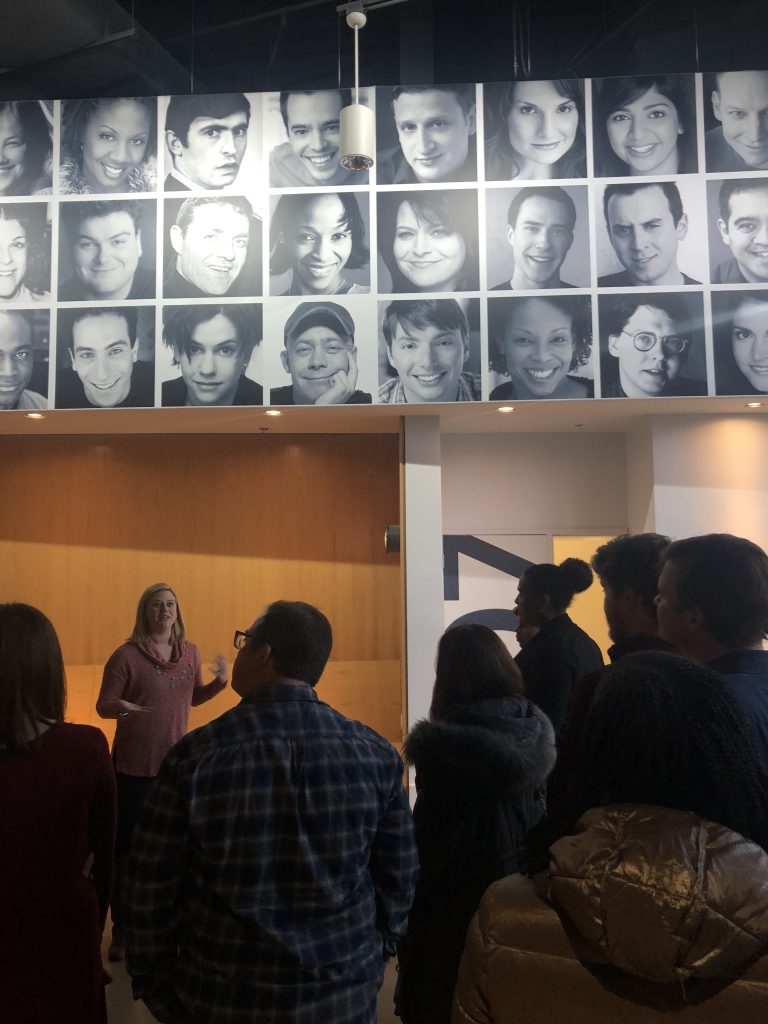 Ask any stranger on the street and they may give you different examples of what Chicago, Illinois is most known for. Some may tell you it’s the Cubs, some may tell you it’s the cold weather, and some may tell you it’s the architecture. For many entertainers and performers however, Chicago is the nation’s capital for comedy and the epicenter is the iconic Second City theatre in the heart of Old Town. Several students in the MSLCE program recently got a chance to sit down with some of the top leaders at the institution where comedy greats like Chris Farley, Tina Fey, and Northwestern alum Stephen Colbert got their start.

During the discussion the group learned about Second City’s unique method of producing a show which involves testing new material for their sketch revues in front of live audiences in order to make decisions on what scenes to include in the final version of the show. The strategy is known as “process” and it’s the core of how most of the resident revues are developed in the theatre. The model is also the core of the Conservatory program in the Training Center, an advanced training curriculum where students ultimately write and produce their own Second City style revue show.

The panel also discussed the different growing pains as the theatre as the theatre has evolved significantly since its inception. While at one time it was only a theatre, the organization now includes a training center with nearly 3,000 students, a brand-new film school, several outreach programs for businesses and other community groups, touring companies, and a full bar and restaurant.

MSLCE student Jeremy Morall commented, “The site visit was great because we got a chance to hear from some leaders at Second City that we may not otherwise be able to speak with one-on-one when taking a class there.”

Following the panel, Abby Wagner, the VP of Training Centers and Harold Ramis Film School, lead the group on a tour of the four-story campus which included a look at various classrooms, gathering spaces, studio theatres, and perhaps the most exciting: the original mainstage on which many comedy legends have performed. The Second City’s current resident revue is “Dream Freaks Fall From Space,” running every Tuesday through Sunday night in the mainstage theatre.