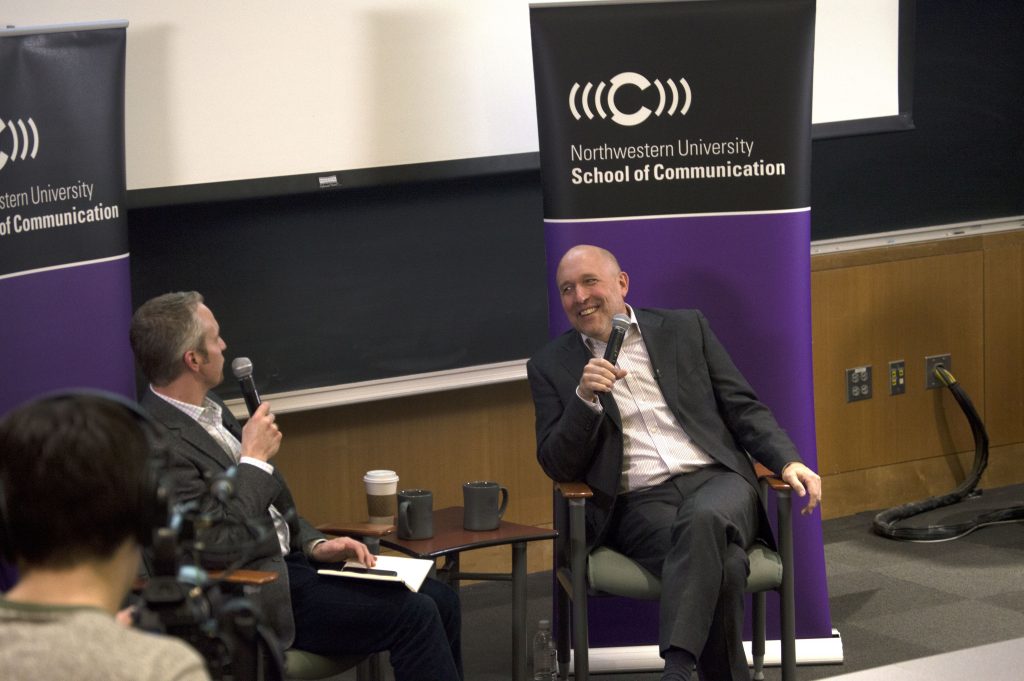 What makes an arts organization successful? According to Joffrey Ballet Executive Director Greg Cameron, an organization’s success depends on three points: leaning towards the mission, developing an aligned team, and creating collaborations with external partners.

“The minute the mission of the organization becomes compromised in anyway is when trouble creeps in,” Cameron said during last Thursday’s MSLCE Speaker Series event. “Developing an aligned team is not always as easy as it may sound.”

Cameron would know. The lifelong Chicagoan has spent his career working for the city’s premier arts institutions like The Museum of Contemporary Art and The Art Institute of Chicago. In 2013, he was offered to take on the executive director role at Joffrey. When he arrived, Cameron found that the artistic side was in good shape, but administratively things needed repair. Though the Joffrey has been an acclaimed dance company since its inception in 1956 – it’s the first dance company to perform at the White House (at Jacqueline Kennedy’s invitation) – the organization’s development department had fallen into disarray due to poor record keeping and little communication with donors.

“On the fundraising side things had been going down, down, down,” Cameron said, “Only because if you don’t ask, people aren’t willing to say, ‘Hey, I want to be involved.’”

Cameron hired a new chief development officer who performed “forensic development work” to piece together a history of who had given to Joffrey in the past. Then Cameron got to work revamping the company’s fundraising. “We knew we had to really turn up the volume on talking to donors,” Cameron said.

In just a couple years, the Joffrey became debt free, the result of some big organizational changes. In addition to improving its fundraising efforts, the company also reconfigured how it plans its tours, and hired its first human resources employee.

Though Cameron spearheaded many of these changes, he also attributes a large part of the Joffrey’s turnaround to its staff making more deliberate attempts to listen to stakeholders like its donors, its board of directors, and the Chicago community.

“It’s giving people the opportunity to be involved,” Cameron said. “We have 62 board members, and a lot of my time is communicating and making sure they’re feeling engaged.”

When asked during the Q&A about the prospect of joining an organization in need of changes, Cameron indicated that his generally bright outlook made the challenge seem more worthwhile than overwhelming.

“Don’t go into the arts world if you’re not an optimist,” Cameron advised the audience.

After a pause he added, “You don’t want to be delusional either.”