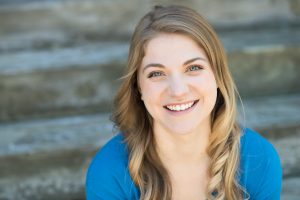 Daniella Smith fell in love with opera when she realized she excelled at singing it.

The new MSLCE student and Seattle native originally began her artistic career in musical theatre, before realizing that her voice was better suited for classical.

“As I watched more opera, I really fell in love with it,” Smith said during a recent interview. She explained, however, that her ambitions have shifted from being on the opera stage to being behind the scenes. “Now, I’m more interested in producing it or being on the other side of it.”

As someone who is interested in making a career in opera production or management, Smith believes that one of the biggest challenges she faces is figuring out how to bring young audiences to an art form many see as being geared towards older people.

“The Met’s audience literally dying,” Smith said, “I’m definitely interested in being innovative, and figuring out how to get people my age into their 30s into the opera house.”

This innovation includes efforts by opera houses to stage more productions in English and to improve their outreach and education for people who don’t know what they’re missing out on. Smith, for example, didn’t learn about what went into operas until she was encouraged to begin singing for them.

“I definitely had to educate myself on it. That’s the hard part about it, most people don’t grow up listening to this type of music,” Smith said. “You need to have background knowledge of how music works in a way.”

Smith doesn’t know yet if she wants to work for a large or small opera house, nor is she sure if she would like to be involved in the artistic programming or another important piece of the production puzzle. She’s confident, however, that the MSLCE program will help her in whichever area she decides to point her efforts.

“I feel like I could get out of this degree and go do whatever,” she said, “It seems like it will really prepare all of us to be great leaders.”