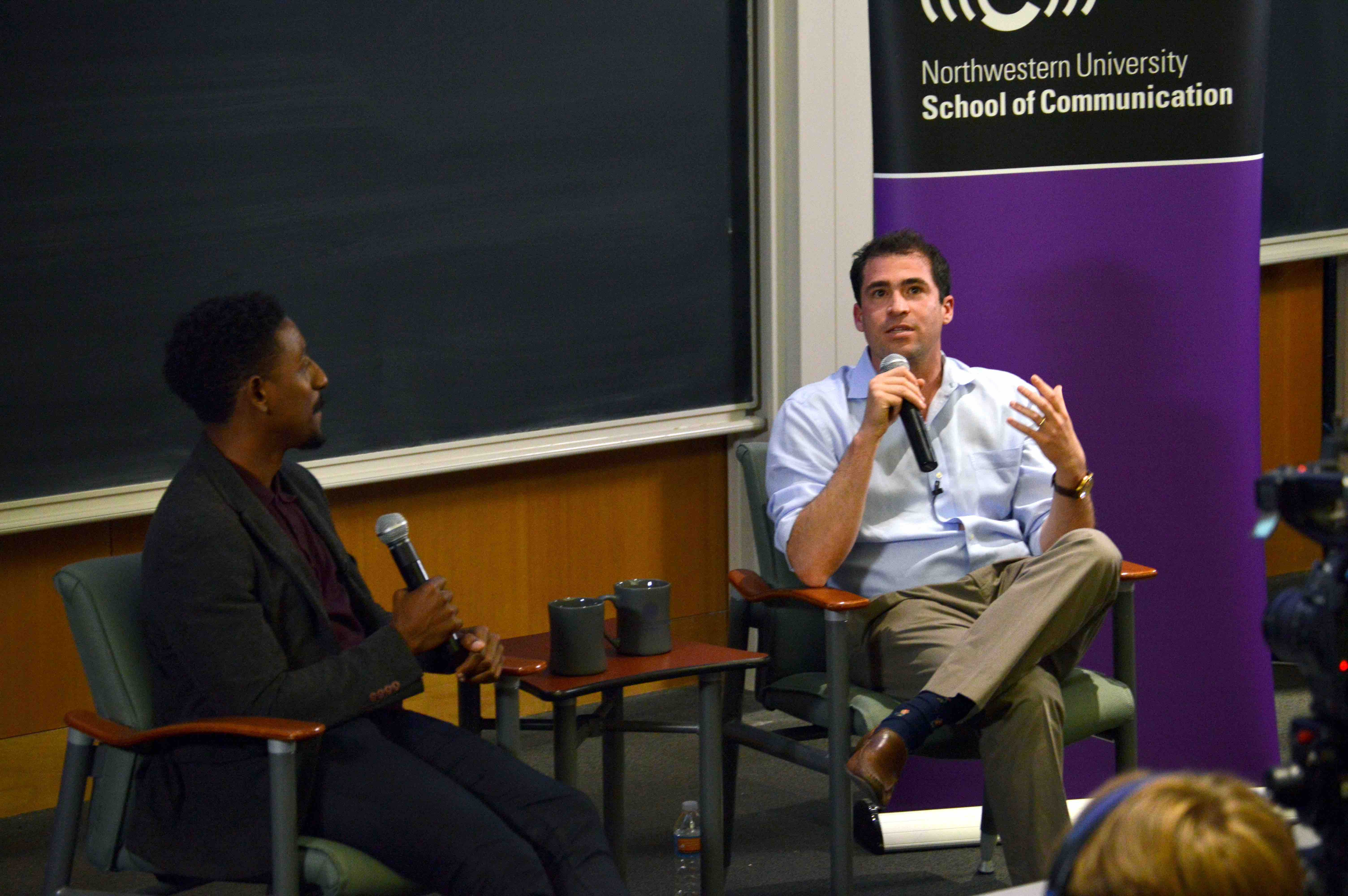 As the Vice President of Drama Development for CBS TV Studio explained during the first MSLCE Speaker Series event of the academic year, Luchow was a Northwestern undergraduate working as a waiter at a pizza place near campus when he first opened the door to his career. He was waiting on a table of Northwestern alums who he had just seen at panel where they discussed their jobs as television writers.

“I told them, ‘It was really cool for you to come to campus, I loved hearing you speak, and I’m thinking of moving to L.A.’ They said, ‘Why don’t you come sit with us?’”

To which Luchow replied, “I can’t. I’m your waiter.”

But then he sat with them anyway. “We had an instant connection,” Luchow said.

The panelists told him that if he moved to Los Angeles, he should look them up. A few months later, that connection landed Luchow his first job, working as an assistant for an agent. The lesson Luchow took from the experience is, when it comes to your career, don’t be afraid to take people up on their offers to help out.

“What I tell a lot of people, if anyone says feel free to reach out, you have to do it, because what’s the worst that can happen?” Luchow said.

Luchow has loved television since he was a kid, but didn’t consider a career in it until he began participating with the Northwestern student group tasked with planning on campus concerts.

“Getting to just call agents to book bands and artists took away a lot of the mystique,” Luchow said.

After Luchow’s stint as an assistant, he worked at a production company, and then at Disney XD where he directed live action development, before finally arriving at CBS. During the talk and the Q&A afterwards, Luchow discussed the changing media landscape and the advent of streaming services like Netflix and Hulu. However, he pointed out there broadcast networks like CBS continue to play an important role. He pointed to shows like “Modern Family,” which brought a gay couple into millions of homes across America.

“Broadcast television can get to more people than any other programming,” Luchow said, “And if we do our job right, we can help affect change while still being highly entertaining.”