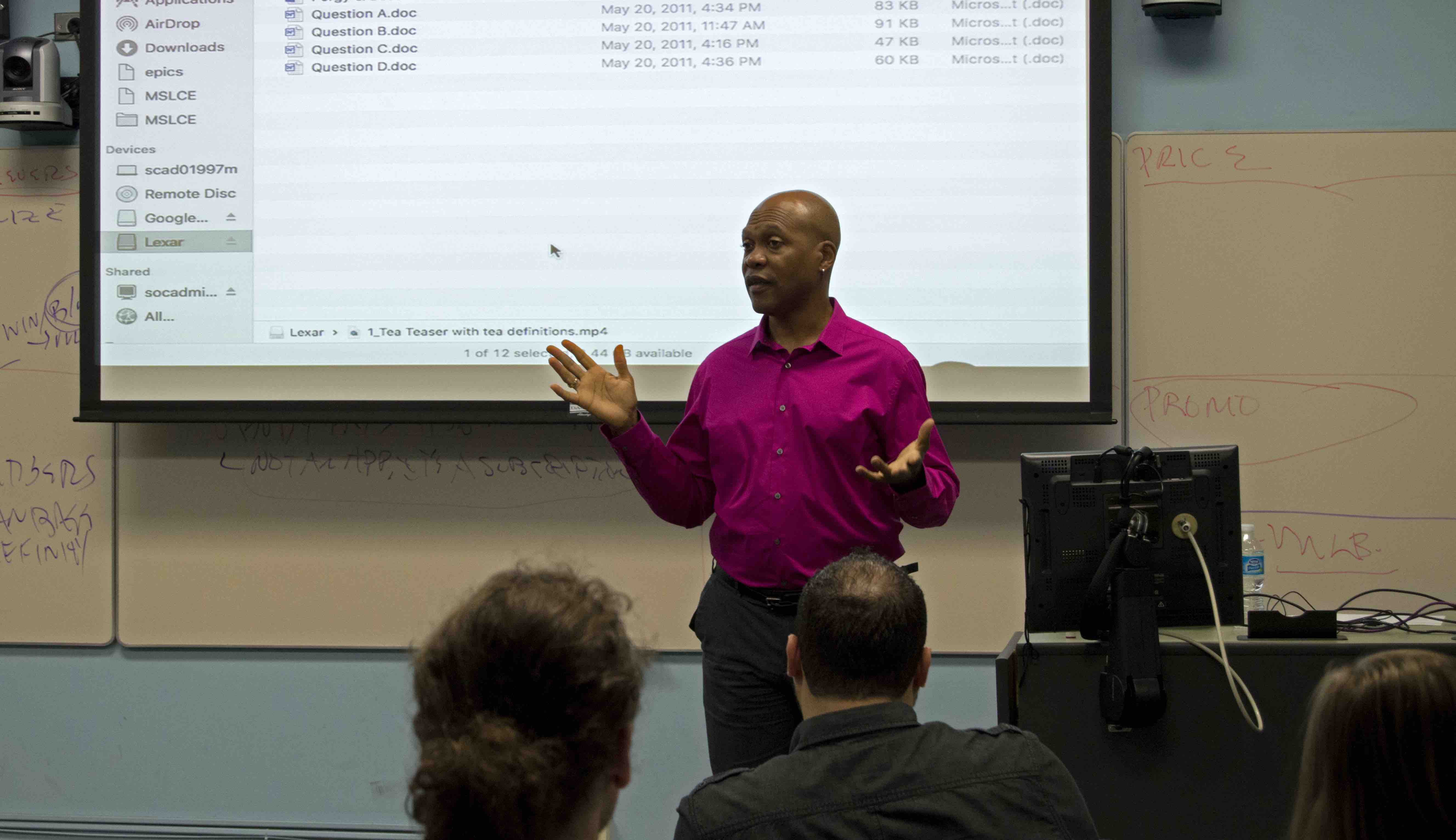 E. Patrick Johnson is the Chair of the Department of African-American Studies and Carlos Montezuma Professor of African American Studies and Performance Studies in the Weinberg College of Arts and Science at Northwestern University. Try and say that five times fast! However, even bigger than E. Patrick Johnson’s title is his infectious personality, which he shared with the MSLCE cohort when he dropped by for their final Faculty Talk of the spring quarter.

With research interests in black gender/sexuality studies, performance studies, ethnography, oral histories, and spirituality, Johnson is a widely published author and founder/director of the Black Arts Initiative at Northwestern. However, Johnson decided to share his journey working on a project close to his heart: Sweet Tea: Black Gay Men of the South.

Sweet Tea originally began as a book meant to recount testimonials that illustrate what it was like for individuals to grow up as gay men in the south. However, Johnson quickly found that the written word was not going to be able to adequately represent the “characters” of his show; certain verbal tics and mannerisms were essential clues in understanding these black gay men’s stories. Consequently, Johnson aimed to turn the work into a theatrical performance.

Sweet Tea went through several iterations of performance. It began as a show designed for reader’s theatre: Johnson played the various characters of his show, acting out their monologues with a stool, music stand, and a microphone. Johnson soon developed Sweet Tea into a full-realized stage production, this time without the stool and music stand. Johnson shared that he struggled with the idea of bringing his show out of the reader’s theatre, because he aimed to keep the show as authentic as possible.

Johnson now aims to bring Sweet Tea in a completely new direction: film. Johnson was excited to share some trailers of the Sweet Tea film with the MSLCE cohort, who were equally excited to give their feedback. The clips contained interviews that Johnson conducted with the characters from the show, while chronicling Johnson’s journey from conceptualization of their stories to a live performance, sometimes in front of the real subject.

The MSLCE cohort was extremely lucky to hear Johnson’s presentation, and gained some insight into the process of taking an idea through several different mediums of performance. Johnson delightfully shared his “tea,” with the master’s candidates, and is sure to meet success as he continues to develop Sweet Tea into a story seen by audiences around the country.