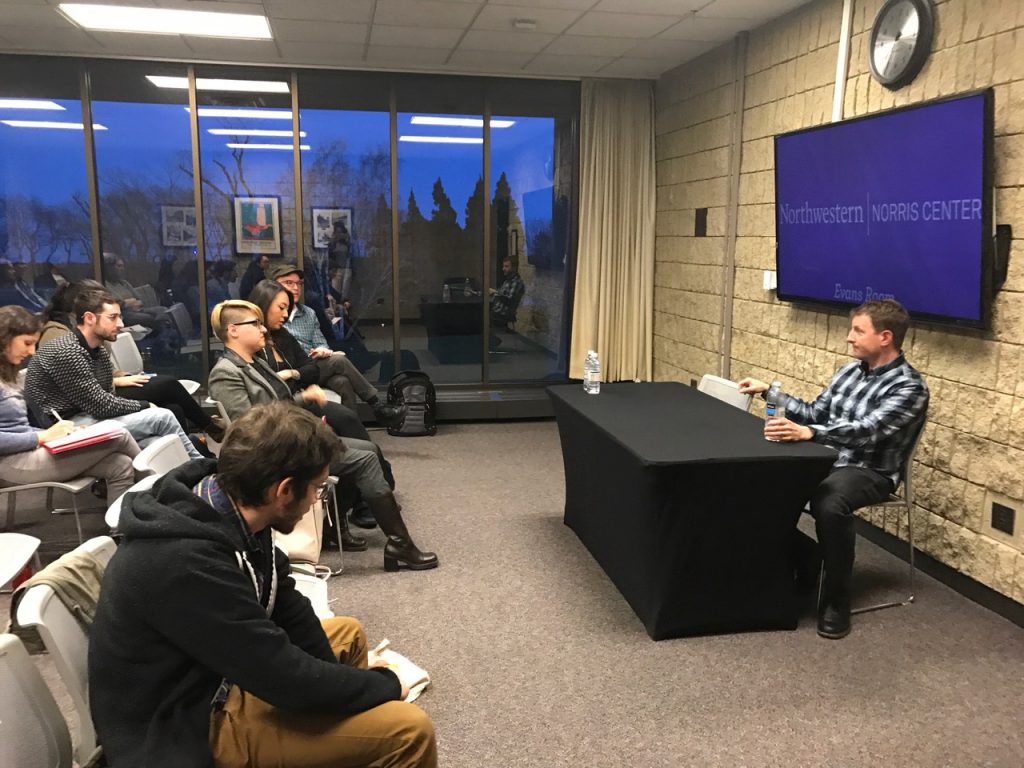 During a recent EPICS Speaker Series, Northwestern alum Gregg Mettler visited campus to speak to students about his career and experiences in the entertainment industry.

Mettler is an Emmy-nominated comedy writer and producer based in LA. After graduating from Northwestern in 1994, he broke into the business as a staff writer on NBC’s 3rd Rock From The Sun. Some of his credits include: That 70’s Show, How to Live with Your Parents (For The Rest Of Your Life), and The Muppets. Currently, he is a co-executive Producer and showrunner on Man With A Plan starring Matt Leblanc.

When Mettler first arrived to LA, he got a PA job on set for 3rd Rock from the Sun based on an connection he made at a Northwestern Speaker Series. As he continued to work his way up, he utilized the strong NU LA network. He remarked, “There hasn’t been a writer’s room I’ve been in where there wasn’t an NU alum.”

Mettler was able to get his first staff writer position by utilizing his relationships with writers as a PA. Living in a one room apartment at the time with his NU alum roommate who was sleeping in the walk-in closet, he wrote every chance he could get. After some time as a PA, he perfected a spec for an episode and handed it to a friendly staff writer. The spec was an instant hit and made its way to the showrunners who bought it from him. From there, Mettler got a writing agent and a staff writer position.

He emphasized to students who are about to launch their careers in the industry to handle themselves in a way where people want to help them. It is important to be professional, kind, develop a tough skin, and study story structure. When looking at scripts for potential projects, Mettler gave insights into what he’s looking for.

“If the story doesn’t start in the first 5 pages, I’m not reading it. There is no time to waste. When the story takes a surprising turn, I pay attention” he said. “Think like a producer when writing so that you can plan for costs and locations. When creating a show, you have to be able to think about the story engine. What will make the show last 5 years?”