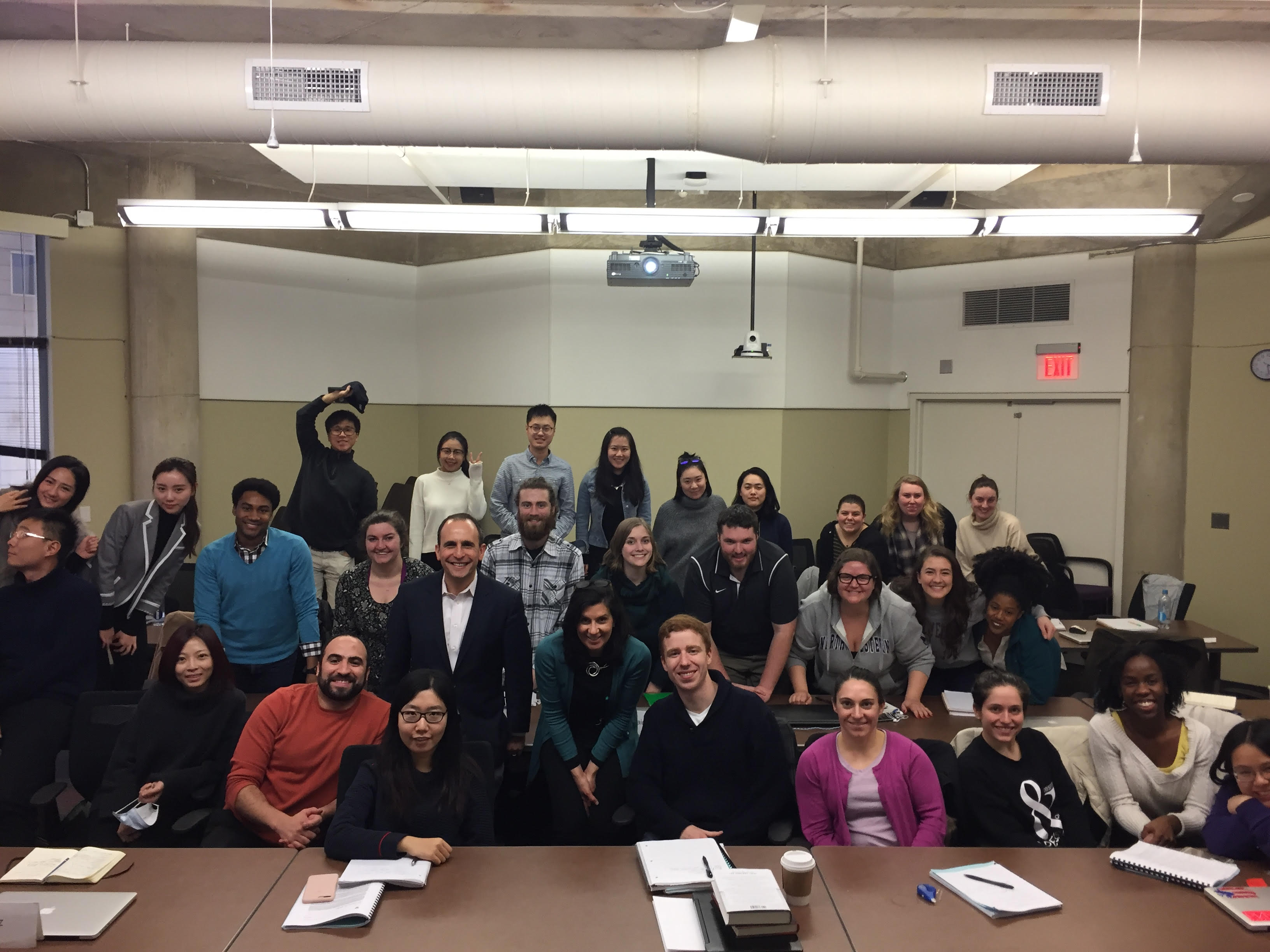 By Joe Giovannetti
On Tuesday, February 8th, Betsy Steinberg paid a visit to Professor Daniel Gruber’s elective course, Business Models in Creative Enterprises.  Steinberg came to speak with the MSCLE cohort about her experience at Kartemquin Films, a film company with the mantra “Democracy through Documentary.” Betsy has spent her entire career in the realm of film and television.

After studying English literature, Steinberg first lived in Washington D.C. and worked as a receptionist for a commercial production company that had a small non-profit arm producing a documentary. It was there that she fell in love with non-fiction storytelling.  She moved to Chicago and produced, directed and developed projects for History, A&E, National Geographic among others before switching gears to run the Illinois Film Office, the state’s film commission. “My heart was always in documentary,” she explains, and she transitioned to Kartemquin after leaving the film office.

“At Kartemquin,” Steinberg shared, “we make films and filmmakers. [We’re] trying to create an ecosystem of media makers.” She emphasized the importance of nurturing young voices to help their voices to be heard.

Steinberg also touched on a debate topic that not only touches Kartemquin’s business, but also cuts across all creative industries: “Money vs. Mission.” Kartemquin aims to make documentaries to enact social change, but at the end of the day, it is a business. Steinberg discussed with the students the importance of weighing both sides of the coin when working in the creative industries.

To dig deeper into this subject, Steinberg proposed a hypothetical business problem to the students: When a creative business like Kartemquin has a large portfolio of artists, how can they best incorporate its artists into a fundraising gala, insuring that the gala is both profitable and representative of their larger body of filmmakers? The students broke into groups to solve the problem; they came up with proposals, pitched them to Steinberg, and received feedback.

Even though Betsy Steinberg is an accomplished figure in the Chicago documentary scene, she stated that one of her favorite things to come out her experiences is the opportunity to visit and talk with students. The MSLCE students were fortunate to have experienced her insight into the creative industries.