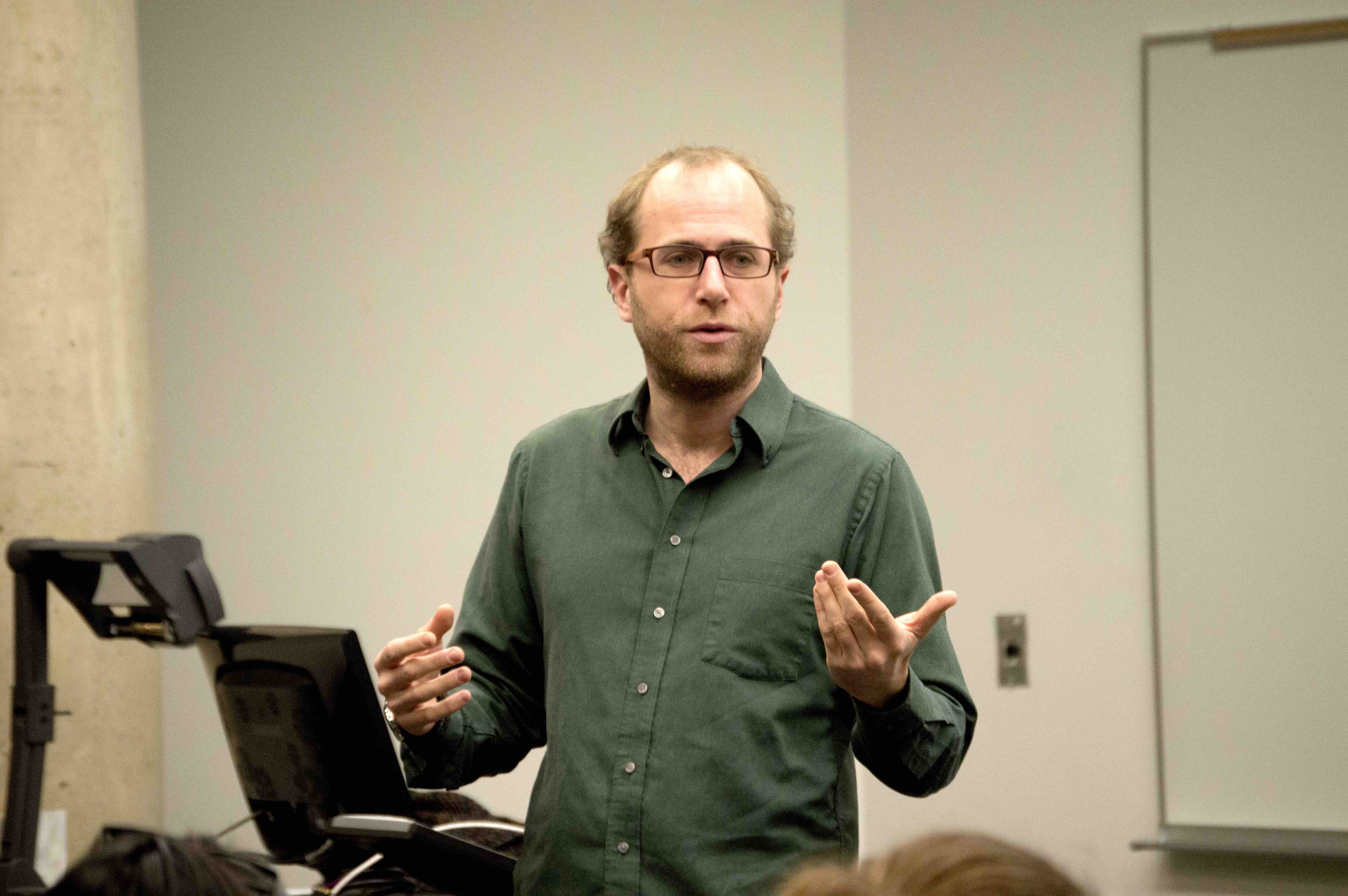 Sniadecki is a filmmaker and anthropologist who specializes in making experimental documentaries focusing on the collective human experience. His filmography is mainly based in China and the United States.

The seminar-style classes opened up the floor to fascinating discussions on the importance of placing humanity in a context of it’s environment. MSLCE students watched Sniadecki’s award-winning films such as Chaiqian/Demolition in advance and in the classroom. In all his work, it is clear that Sniadecki cares a great deal about his film participants and the world they happen to inhabit.

When asked what kind of impact he wants his art to create, Sniadecki replied, “ I would like to place people in a relationship to the world. I’m not trying to deliver one single message. I work with long shots because they allow for us to have a multitude of interpretations.”

Sniadecki’s gift is his connection to understanding the culture, history, and motives of his film participants. This lends itself to a thoughtful portrayal of East Asian culture. He remarked, “ I want the camera to provoke things. The camera has its own independence from the filmmaker and the filmmaker intentions.”

Using long-shot filmmaking, Sniadecki takes viewers beyond the typical show and tell of most documentary films and explores the beauty in the everyday routines of some of China’s most hardworking.

As a filmmaker and producer, the most valuable insight I received from Sniadecki is to not be afraid to experiment within your chosen genre. If you want to take risks in your work, it is important to learn, master, then break the rules- in that order. I look forward to getting to a place in my career where I can take what I know from comedy and drama and create new forms of the art.