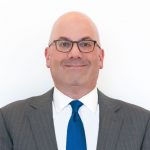 Jeff “Jake” Jacobs has been an agent with Creative Artists Agency for nearly 30 years. Though the entertainment industry has changed considerably during that period, his responsibilities have remained largely the same.

“You’re in the pursuit of representing talented storytellers,” Jacobs explained during a recent interviews. “When you’re an agent you want to be representing storytellers, and your job is to help them … get their stories out there.”

Jacobs, who will be speaking at the MSLCE program’s next Speaker Series on Feb. 2, moved to Los Angeles to work in entertainment after graduating from Northwestern, first with an undergraduate degree in the Radio, Television, and Film department, and then a master’s degree in journalism. The suburban New Jersey native considers his time at Northwestern “very valuable.”

“It was a great place for me to go to school,” he said.

When Jacobs left Evanston for Los Angeles, he found a world of agencies that looked very different than it does now. Agencies were smaller and focused solely on movie, television, and music. Now, talent agencies are much larger and comprise sports and technology.

Perhaps the biggest difference between when Jacobs began and the present is the effect of technology on entertainment. Referring to the many different platforms now available to consumers, like streaming services and video games, Jacobs points out there there are now “lots of opportunities to tell stories in different ways.”

The challenge for aspiring creatives in this new media environment, according to Jacobs, is figuring out how to get noticed when there is so much for audiences to choose from.