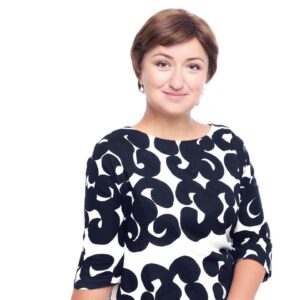 Olga Kamenchuk is an associate research professor in the Institute for Policy Research and an associate professor of instruction in the School of Communication at Northwestern University. She is a Co-Principal Investigator on the Comparative National Elections Project for Russian, Ukrainian, and Serbian electoral studies. Prior to joining Northwestern University, she was co-director of the Eurasian Security & Governance Program at the Ohio State University Mershon Center for International Security Studies and associate professor (clinical) in the OSU School of Communication. Before joining OSU, Dr Kamenchuk worked as a director of international research and communications for the Russian Public Opinion Research Center (VCIOM), the largest research and polling organization in the former Soviet Union region and as a chair of Sociology of Mass Communication in the Department of International Journalism at MIGIMO University, Russia.

Dr. Kamenchuk has over twenty years of extensive experience working with governmental agencies, intergovernmental organizations, and NGOs on a diverse range of communication, program evaluation and public opinion projects across many different policy contexts. During her work in the research and communication industries she conducted hundreds of opinion research projects for the World Bank, European Commission, United Nations, Cambridge University, University of Pennsylvania, U.S. Global Media Agency, Bloomberg, Thomson Reuters, and Asahi Shimbun.

Having received her education in three different countries (Austria, Russia and U.S.), Dr. Kamenchuk’s scholarship centers on the intersections of political psychology, public opinion and policy analysis across a range of international security and inter-cultural contexts, especially in the Eurasian region. She is an author of a number of reports and studies, including “Don’t call It a Cold War: Findings from the Russian-American Relations Survey” (with Henry Hale) for the Working Group on the future of Russia-U.S. Relations. Dr Kamenchuk’s research has been published in Social Science Quarterly, Hague Journal of Diplomacy, and in various Russian academic outlets. Her interviews, comments and publications appeared on CNN, ZDF, The Washington Post’s Monkey Cage (Political Science blog), VOA and RFE-RL, RTVI, etc. She is frequently invited to give talks at U.S. think tanks, including Davis Center for Russian and Eurasian Studies, Annenberg Public Policy Center, USC Center for Public Diplomacy and others.