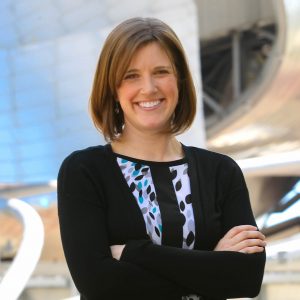 Allison Henry is a Clinical Assistant Professor in Kellogg School of Management’s Social Impact Program and Director of the Golub Capital Board Fellows Program at Northwestern University.

Alli’s career has spanned the private, public and social sectors. Most recently, she served as
Executive Director of The People’s Music School. She led strategy, finance, operations, human
resources, evaluation, and fundraising of the rapidly growing social impact organization. During
her tenure, the school experienced 3x growth, became nationally recognized by industry leaders
such as Carnegie Hall, and performed with and for luminaries such as Yo-Yo Ma and President
Barack and First Lady Michelle Obama.

The foundation of her experience was formed at Bain & Company, a global consultancy where
she advised Fortune 500 companies across retail, consumer, health care and private equity
industries in issues related to strategy, market entry, pricing, and M&A. While at Bain, Alli was
selected to extern with the Civic Consulting Alliance, led undergraduate recruiting efforts,
launched the local pro-bono Inspire initiative, and managed one of the firm’s treasured assets –
the Bain Band.

Since Bain, Alli has specialized in building entrepreneurial organizations with a commitment to
social impact. She was the sixth employee at Mission Measurement, a for-profit social
enterprise that supports nonprofits, foundations and corporations to measure the impact of their
work. She was the first full-time hire at the venture philanthropy fund A Better Chicago, where
she led sourcing, due diligence, and portfolio management, and launched an early-stage
funding competition.

Alli earned her MBA in one year from The Kellogg School of Management at Northwestern
University and her BA in three years with a double major in Mathematics and Economics from
Grinnell College. Alli has advised at The University of Chicago’s Booth School of Business as a
coach for its Social Enterprise Lab and is an Adjunct Professor in the School of
Communications at Northwestern University.