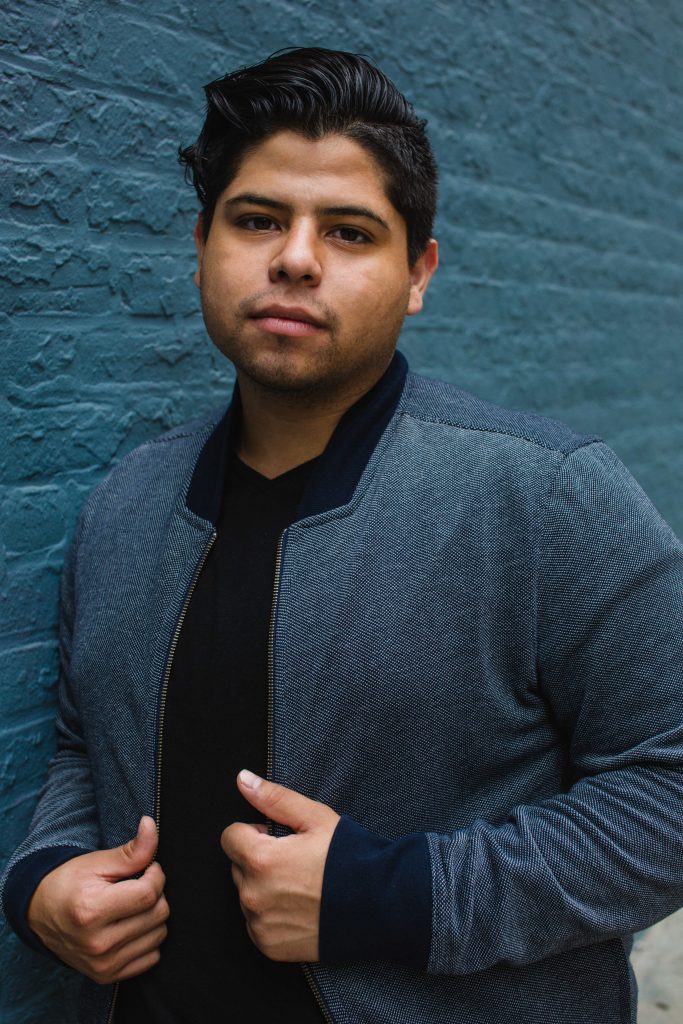 Adrian Alea first fell in love with the arts as a kid being driven around in his mother’s car, while the soundtracks to renowned musicals would play in the background. The MSLCE student remembers first hearing Man of La Mancha, Evita, Mamma Mia, Joseph and the Technicolor Dreamcoat, and The Phantom of the Opera – all while heading to elementary school.

“I found myself enamored by the power of story-telling through music and lyrics,” Alea said.

The realization inspired Alea to pursue opportunities in theater.

“Through my involvement in theater, musicals and art, I was able to express the feelings and emotions that I never allowed myself to experience in my everyday life,” he said. “I had the gift and joy of playing in a fully created and conceived world.”

Alea is open when it comes to mediums – he is someone who could potentially cultivate a career in theater, television, film, and music videos. When it comes to the substance of the work, however, he has a specific drive in mind.

“I’m passionate about exploring the human condition through entertainment focused on diversity, community and social justice across many forms of media,” he said.

Alea is currently developing and directing a play-with-music based on Cristina Garcia’s award-winning and New York Times’ best-selling novel Dreaming in Cuban, which features music and lyrics by the band Ibeyi. After graduating, he hopes to finally produce a reading and workshop to further develop that script. His dream job ten years from now is to be the owner of his own creative production company.

When asked why he decided to pursue a degree in the MSLCE program, Alea replied, “I always had the internal struggle of creating art for sake of art while still managing the business and financial aspects of the creative field. I now understand and believe that the two must work together harmoniously and cohesively in order to effectively share the stories I want and need to tell.”