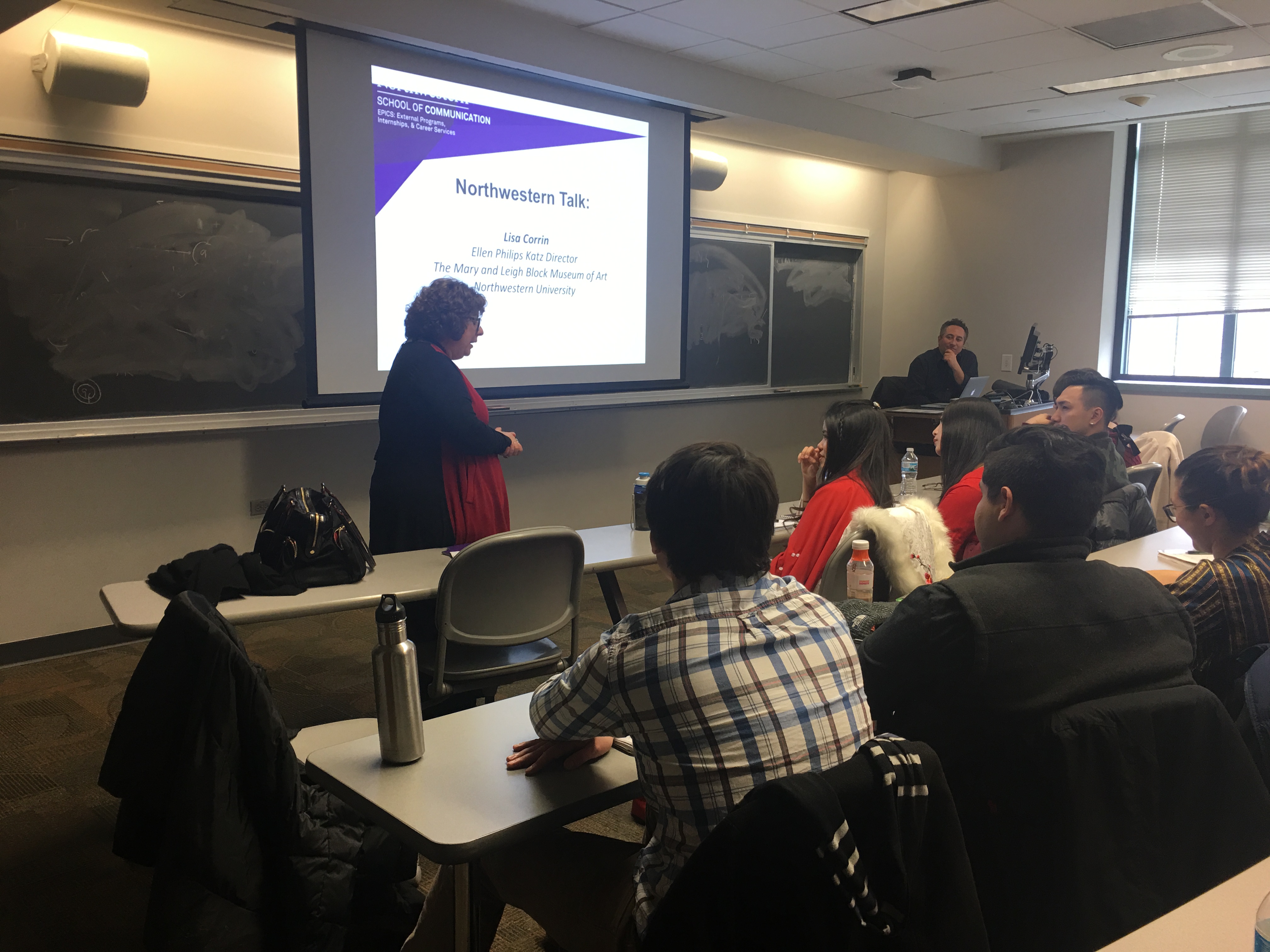 “Do it deeper consistently: make the experience so meaningful it doesn’t matter about numbers. It’s about impact on a very finite group.”

In an inspirational and engaging talk, Lisa Corrin, the Block Museum’s new Ellen Philips Katz director, shared with MSLCE students key insights about what it takes to be a successful CEO in an industry in the creative fields. Addressing herself as a manager of change and a convener rather than the director of the museum, Corrin explained that the job of a CEO was to coach others to be the very best they can.

Northwestern’s Block Museum serves both the Evanston art community, as well as the art community of Chicago. The museum aspires to initiate discussions on various disciplines through the power of art. When Corrin was first appointed as the CEO of the museum she faced significant challenges to bring the museum to function along the lines of its mission statement.

As emerging leaders in the MSLCE program, there are multiple opportunities throughout the program for students to work in teams to solve real-world problems that one might encounter in an organization. Students are also given several project opportunities to come up with working business ideas. Corrin’s success story with the Block museum gave students a different perspective that they could implement for problem-solving and leadership in these projects, and for their future careers as well. MSLCE student Maethinee Teosakul said, “It was really exciting to witness a woman take such a powerful stand as CEO and use her methods to completely turn around the state of the Block museum.”

It was also refreshing to witness a success story that was in the Northwestern community, which made it relatable and personal for MSLCE students.

With the belief that power comes from the people and a team, rather than one individual director, Corrin transformed the face of the Block museum by generating a shared understanding of the culture of the organization. Today, the Block Museum attracts an average of 400 people at exhibit openings and ranges to about 1200-1400 people in attendance.

Corrin believes that there should be “no space of the museum left untouched by creativity,” and constantly works to ensure the reputational growth of Northwestern in the Chicago community, extending the magic of the Block to larger national and global borders.