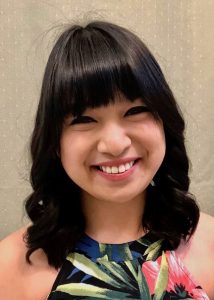 Krizelle Cuevas’ early encounters with the creative sector mostly  unfolded in front of a crowd. She sang in her elementary school choir, played violin in high school, and took piano and jazz/hip-hop dance lessons.

Then, while majoring in biochemistry at UCLA, Cuevas got involved with a Filipino choral group and a Filipino cultural production where she had the opportunity to sing, dance, and honor her culture on stage. The experience inspired her to get more serious about a career in the arts.

“As a child, I always dreamed about going to medical school and becoming a doctor, and for so long, pursuing a career in medicine felt right,” Cuevas said. “But then after getting involved with all of my extracurriculars at UCLA, I realized one really important thing: I loved telling stories.”

Cuevas’ passion for a career in the arts became clear shortly after she graduated, when she realized how much she missed the aspects of production and performance that had been key parts of her college life.

“That’s when I found the MSLCE program. I felt like it was a good opportunity to take a chance – to take a leap of faith,” Cuevas said.

Now, the MSLCE student is interested in working in film and television.

“I’ve always been a fan of sharing and connecting with others through stories, and I love how film and television can really inspire and bring communities together,” she said.

Cuevas hopes to begin her career working as a development or production assistant. Down the line, she wants to be a television or film producer. More importantly, she aspires to develop and produce impactful stories that reflect the diversity she grew up around as a Filipino-American in Los Angeles.

“I always wondered why I hardly ever saw those faces reflected on screen,” she said. “I’ve been inspired to be an advocate for more diverse representation in the entertainment industry.”