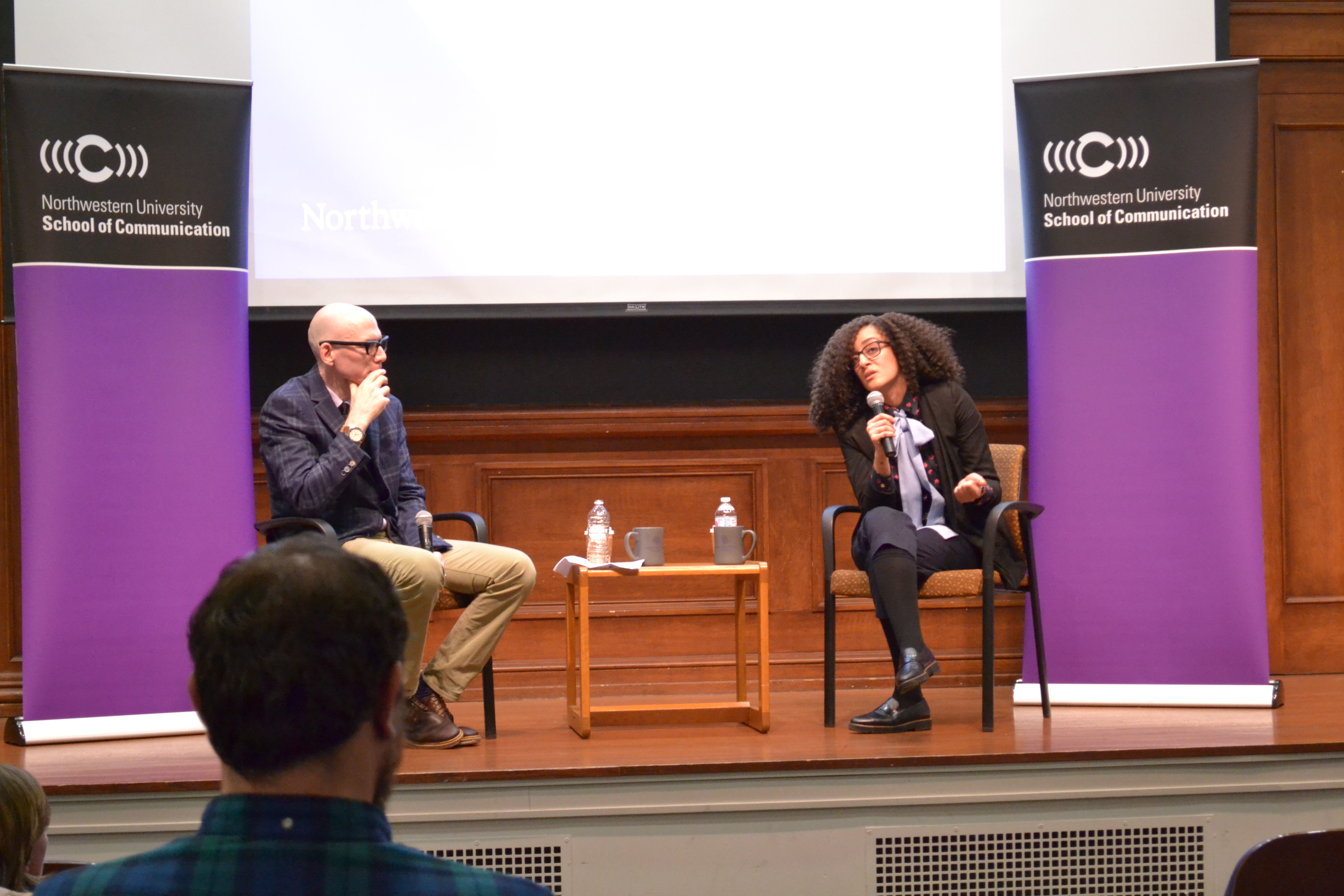 Deana Haggag is the president and CEO of United States Artists (USA), a fundraising organization that grants fellowships to artists in different fields and from different backgrounds across the country. (USA recently announced its 2018 awards.)

During Thursday night’s first Speaker Series event of 2018, Haggag described the origins of USA. The nonprofit began in 2006 as a response to conservative politicians threatening to cut funding for the National Endowment for the Arts (NEA).

“The government wanted them to defund the artists entirely,” Haggag said, “And foundations were really disturbed.”

As the people behind USA began digging into the impact cuts to the NEA would have an artists, they came across a disturbing realization: There was a real lack of resources available to aspiring artists to begin with. Haggag said that the people behind USA realized that “artists make little money, and there’s very few infrastructures for them.”

To address this issue, the Ford, Rockefeller, Rasmuson and Prudential Foundations pooled $22 million to start USA, an organization that annually awards $50,000 fellowships to 50 artists across disciplines.

“Today we’re asking ourselves lots of the same questions,” Haggag said. She listed one that comes up often: “What are financial infrastructures we can make to help the field just inch a little bit forward?”

During the Q&A portion of the event, Haggag advised students in the audience who are pursuing professions in the arts to cultivate two characteristics for their careers: generosity, and a willingness to listen.

“Generosity will change the course of your career,” Haggag said. “Be generous, and be in conversation with people who are different from you.”