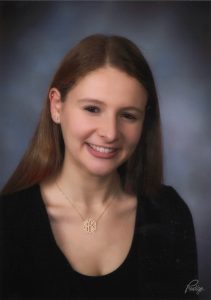 The reason Baker is excited to work in television is because she wants her career to “contribute to the process of bringing stories to people every week that they love.”

“That’s the experience I had with TV growing up,” she said, and I just want that to be my job.”

What Baker finds interesting about television is that, until recently, she saw the medium as secondary to film in terms of entertainment and social significance. However, with the arrival of bolder programming in the form of comedies like “Modern Family” or network dramas like “This Is Us,” television to Baker has become “really powerful in society”.

Baker also enjoys television’s ability to stretch a story arc out over the course of many episodes or seasons, instead of being confined to the two hour limits of a movie.

“I love film, but I’ve always been someone who preferred to have the story drawn out over a long time,” she said.

The New York native and Northwestern graduate has returned to her alma mater for the MSLCE program, which she hopes will help her figure out where in the television industry she wants to work.

“I’m hoping that the program will give me a clearer idea of the field within the industry that I see myself pursuing.”