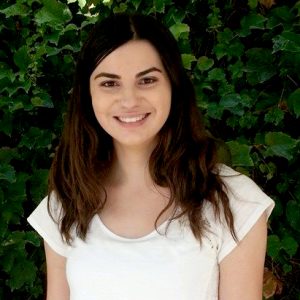 When Megan Cherry was in first grade, she told her parents she wanted to play the violin. A month later, she nagged them about it. Finally, they signed her up for lessons.

“They thought I’d only play for a year and I’d quit,” Cherry said during a recent interview.

“The joke is on them because I’ve been doing it for so long,” Cherry said with a laugh. “It’s been a really big part of who I am for basically my whole life.”

Yet the Arlington Heights native and current MSLCE student is not aspiring for a career as a professional violinist. Instead, she would like to work on the administrative side of the classical music industry, doing community outreach. She was especially influenced by an internship she had at a nonprofit arts center.

“It’d be really cool to bring the arts to people who wouldn’t necessarily have access to it,” Cherry said. “I would love to coordinate that, work with people to make that happen to give people access.”

That doesn’t mean Cherry will be putting down her violin anytime soon. She continued to take lessons in college, and has been performing in a quartet that plays music at weddings. She says even when she has an administrative job, she will find a community orchestra to perform with.

“I just think it’s really great to go out there and perform something,” Cherry said. “It’s this rush you get when you hear really good music, you can tell when the performer is so passionate about what they’re doing.”