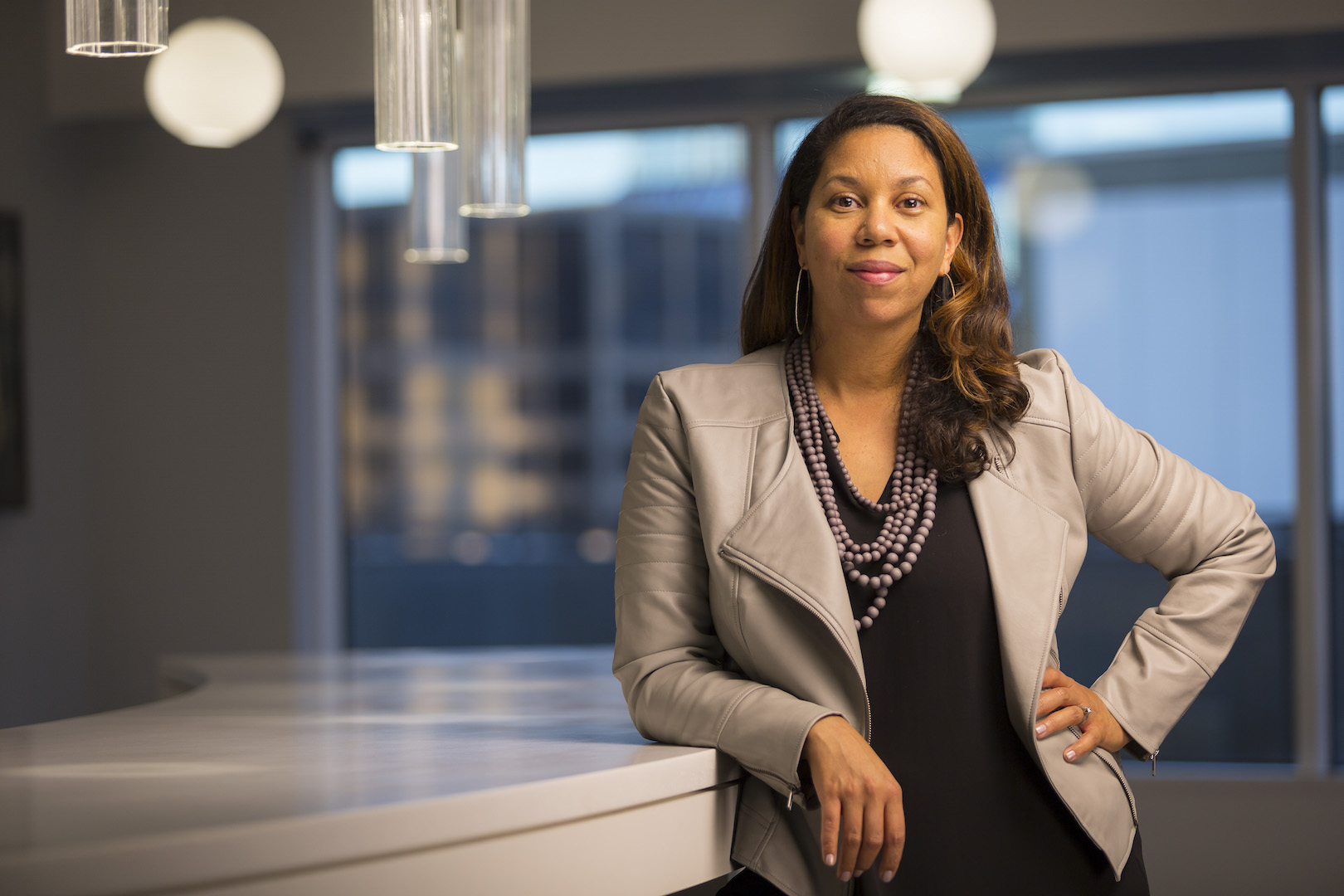 On paper, Angelique Power’s career seems like a natural ascension from nonprofit management positions to her current role as President of the Field Foundation. The reality is more complicated.

“I fell into my career, like many of us do,” Power said during a recent interview.

Power, who will be discussing her professional trajectory at the next MSLCE Speaker Series event on Nov. 2, acknowledged that while “there is a presumption that folks know exactly the path they’re going to go on,” her experience has been less pre-determined.

There has been one constant, however, that has taken Power from the Public Affairs office of Marshall Field’s, where she started her career giving grants to Chicago’s civic and cultural organizations, to Field Foundation, where Power oversees the charitable distribution of $2.5 million annually from assets nearing $60 million: Power’s own curiosity.

“For me, insatiable curiosity about each job that I did and about the unsaid about the work I was doing has been the true trajectory of my career,” Power said.

Power has always been interested in understanding the goals of the organizations where she’s worked, and, more importantly, in understanding the reasons why these goals can be so difficult to attain. As an example, Power pointed to art organizations that sometimes aspire to create spaces “for everybody” but fall short due to the insularity of the stakeholders ultimately in charge of determining what a space for everybody should look like.

“Decisions made all along the way make it clear those spaces are not for everyone,” Power said, “and people pick up on that, they feel that.”

Power’s upbringing helped develop her perceptiveness of who is and is not included in cultural conversations. Power was raised in Chicago’s South Side by a mother who was a white, Jewish teacher and a father who was a black police officer. As a result, Power says she was “a part of communities and apart from communities at the same time.”

Power’s advice for those pursuing a career in nonprofits, or in any space where success is far from clear-cut or guaranteed, is to “bring all your love to work with you everyday.”

“It’s not about what you’re supposed to complete in that meeting or with that project, it’s about bringing your full self to that space,” Power said. “Fall in love with what you are doing, and you can’t lose.”