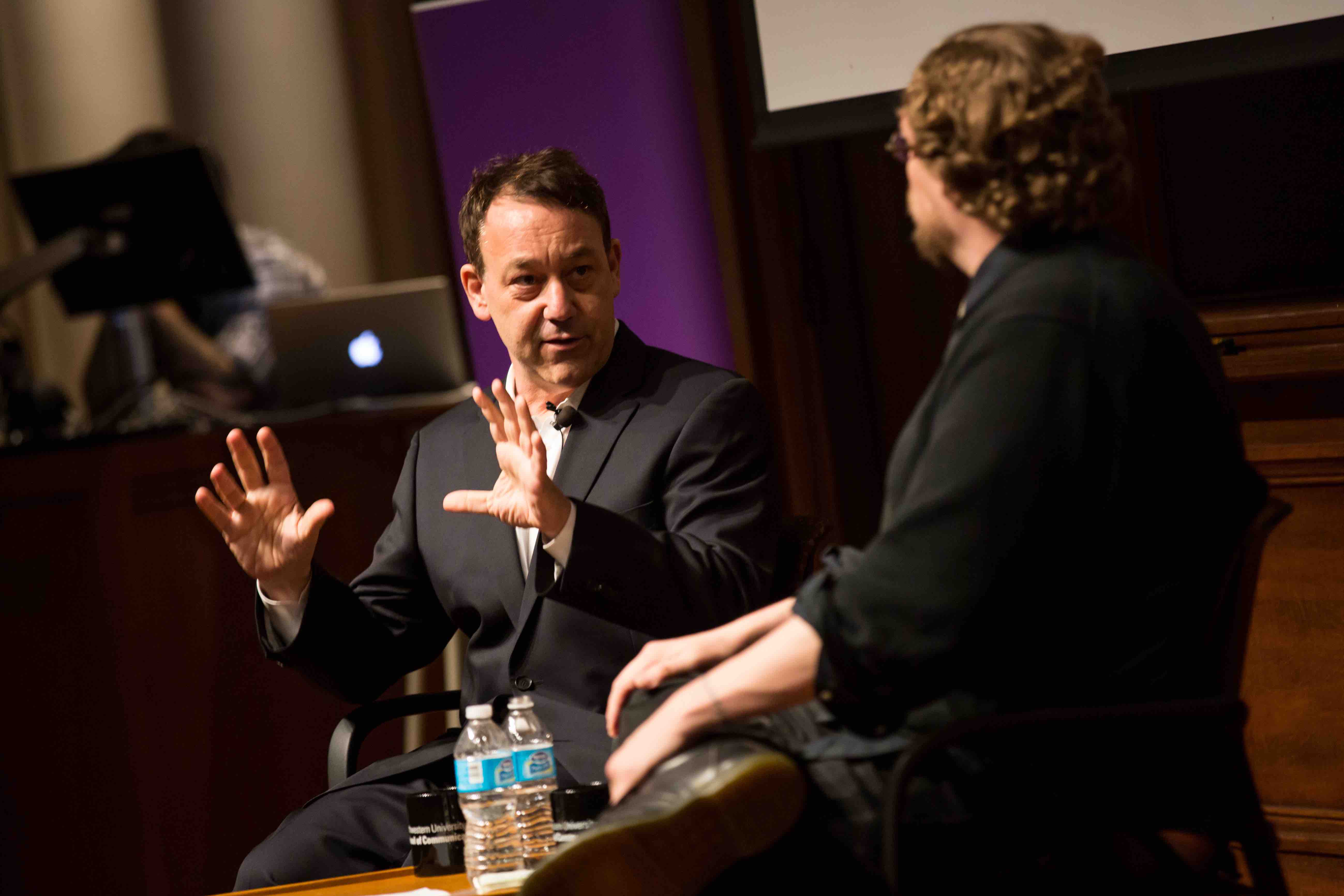 “Why not have a guy who made The Evil Dead for $350,000 do Spider-Man?” Bruce Campbell wondered jokingly from the the set of Spider Man 2.

This memory was one of many that director Sam Raimi shared with Northwestern students during a talk at Harris Hall on May 2. Raimi’s eclectic career has seen him directing small-budget cult hits like The Evil Dead to huge comic book blockbusters like the original Spider-Man trilogy.

As he discussed making independent films in Michigan as a kid, making blockbuster, big budget movies with huge film studios, or producing work to help budding filmmakers, one pattern became clear: What matters most to Raimi is telling a good story.

While Sam Raimi was first known for his horror film The Evil Dead, he told students that he actually didn’t initially like horror films because he was too scared watching them when he was young. But once he started making Evil Dead, he found the suspense sequence of a horror film similar to what he had done in comedies. That inspired him mix comedy into his horror films, which paid off at the box office.

When making the multi-million dollar trilogy Spider-Man, although Raimi felt like there was less creative control for him and had the added burden of comic book fan expectations, he still tried his best to focus on telling the story well. He blended in an indie production feel and kept comedy elements to make Spider-Man a successful hit during a “low time” of superhero movies.

A Simple Plan was also a turning point for Raimi’s career. After all the experiments with different action-sequence-oriented camera techniques, he took a step back and presented a story with the most basic  of camera languages. He also got help from his life-time friends, the Coen brothers, who had just released Fargo.

By working with different genres, mixing all the elements, collaborating with other filmmakers in the industry, Sam Raimi is putting every effort in delivering a good story to the audience. He shared very valuable experiences and suggestions to students for their careers in filmmaking, and encouraged them to believe that every idea is a seed to grow.