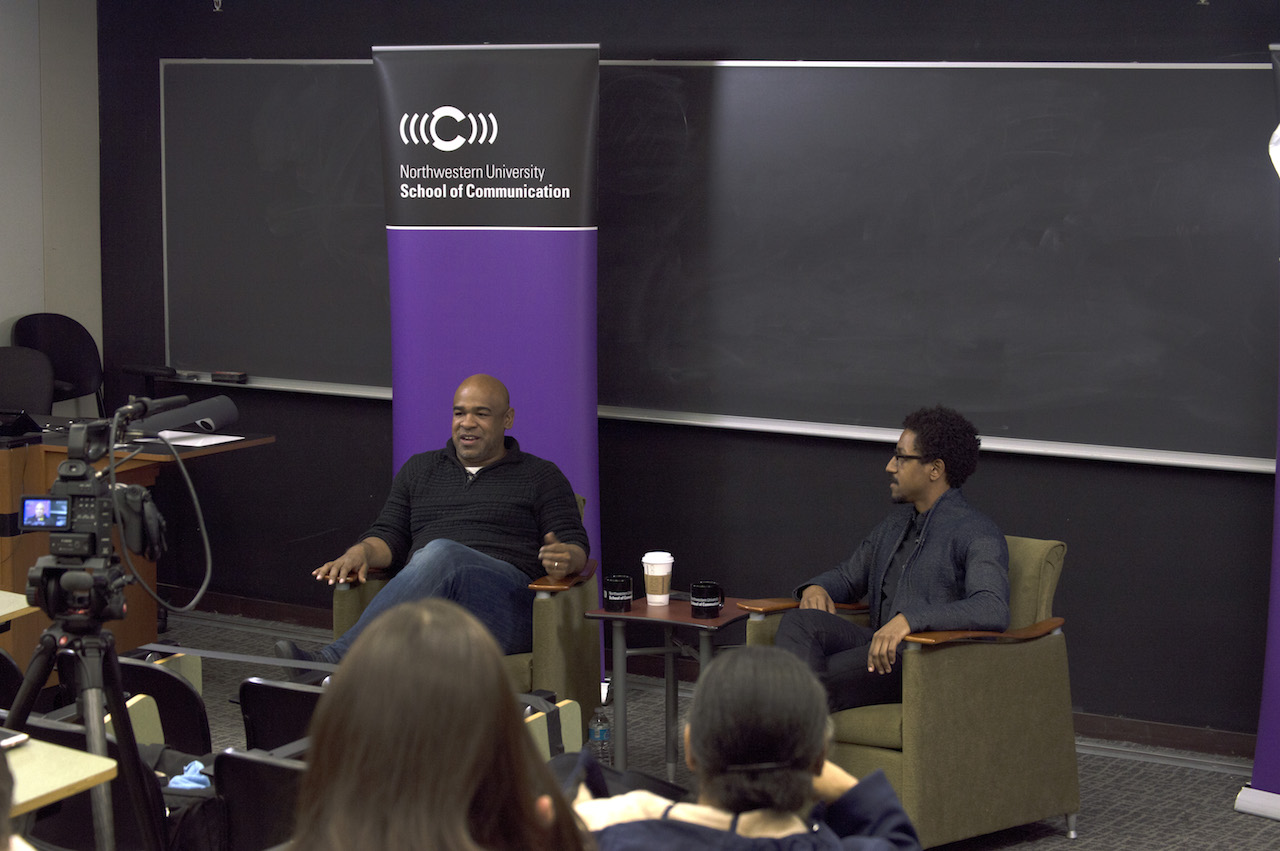 When Glendon Palmer graduated from Northwestern, he knew he wanted to work behind the scenes of either television or film. “Whichever took me first,” he explained. “Nowadays, the wall has fallen between those fields.”

Palmer discussed his career, and his current role as the Senior Vice President of Development & Production at the renowned entertainment company IM Global, during MSLCE’s most recent speaker series event. The talk took the form of a conversation between Palmer and Northwestern Assistant Professor Aymar Jean Christian, who asked Palmer about his trajectory since graduating from Northwestern and what he has learned during his time working in Hollywood.

One of Christian’s first questions to Palmer was about the changes to the entertainment industry in the past decade. Palmer responded that, in an increasingly globalized marketplace, there is an increasing focus on foreign sales. And Palmer, who focuses on multicultural projects, has been involved in demonstrating the appeal of films with non-white casts both in the U.S. and abroad.

“People say black movies ‘don’t travel,’” Palmer said, refuting that claim by pointing to the success of films like The Butler. “I’m very happy about the fact that we take this content and are part of the foreign industry conversation that most people tend to avoid.”

Towards the end of the talk, students in the audience asked Palmer for advice on getting started in the industry. Palmer suggested that students focus on making or producing a film of their own instead of taking the more traditional route of beginning as an assistant to a Hollywood executive and waiting for a break.

“I was an assistant several times over, but… if you can come in and say, ‘Here’s my movie as a producer… I put together this movie and people want to see it,’ I think that’s the best way of doing it.”