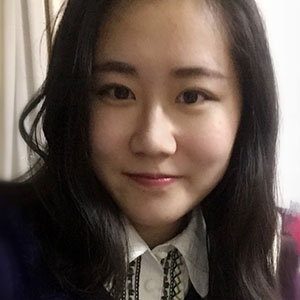 Xiaoyu Dong aspires to be an international television and film producer. The Qingdao, China native dreams of one day having her own multinational media company. “I hope to integrate Asian cultures into American television and movies and to make Chinese films and television series more universal,” she said.

Dong graduated from Ohio University with a degree in video production. She discovered her interest in film at an early age and in middle school began recording video clips of her daily life. Since then, she has directed a microfilm of her own, interned at a media company and worked at a science journal. At Tencent Shandong Education Media Dong worked with the children’s program Star Dream Factory Show where she did video editing. Also, while at Newpubli Corporation she directed and edited video, designed logos and flyers and managed the social media account for the journal.

Two years ago, Dong was invited to participate in the planning meetings for the first Qingdao International Microfilm Festival. While she had ideas about the content of the festival, she realized she was lacking business knowledge of the film industry. Dong enrolled in the MSLCE program in hopes to gain the skills necessary to be a business savvy international film producer.

“My goal and passion are not only producing media but also arming myself with a cutting-edge media managerial perspective and applying video skills and knowledge into intercultural communication and international media industries,” she shared.

Her time in both China and the US has given Dong insight into the film markets in both countries. As such, she has noticed that “stereotypes and misunderstandings still exist between these two countries.” Dong hopes to address these problems head on. “The programming I produce will reflect the intersection between cultures and appeal to a global, rather than regional, audience,” she explained.

After graduation, Dong would like to work in an international department of a media company such as NBC or Warner Brothers. Ultimately she plans to move back to China to begin her own company, which she hopes will collaborate with American media. She said, “I wish to change the current status of the Chinese media industry.”

Xiaoyu is one of the most talented student I have met, hope her have a bright future