MSLCE Student Hopes to Design Mobile Games for the Future 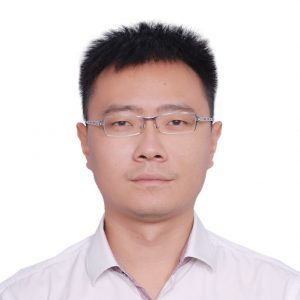 Yuan Tian hopes to have his own company designing mobile games, but he is not a novice to the industry.

Two years ago, the current MSLCE student started Yuyi Tech, a mobile game company that was very successful and eventually sold to one of the biggest tech companies in China. His ultimate goal, however, is to “entertain people with technology,” he said.

Tian enjoys playing the games himself and appreciates that they “make your mind work” and “can inspire you to think about something else.” He intentionally likes to add these elements into the games that he creates. While at Yuyi Tech he developed a game called Stars Poker, which was a Texas Hold‘em game and was successful due to the offline events the company did to promote it.

The University of Miami grad wants to develop all kinds of mobile games including ones related to sports, such as soccer and basketball, and online novels.

“Online novels already have fans,” he shared. Tian stated that he prefers mobile games due to the increased usage of mobile phones worldwide over the years. He hypothesized that computers and televisions will be used less in the future, making mobile games more prominent.

Tian completed his undergraduate degree in business administration and wants to work in the operations department in the tech industry after he graduates from the MSLCE program. He notes that coding is not his strong suit so he wants to learn how the operations work at a company such as Microsoft or Google. His dream job, however, is to work for Beijing Chukong Technology Co., a mobile game company in China.

“This job can help me dig deeper into mobile game industry and to learn how to run this creative enterprise in the real world with knowledge I learned from Northwestern.”