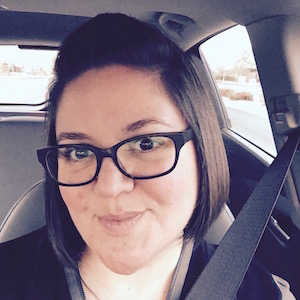 Experience: During the eight years that I lived in Los Angeles, I worked primarily as a talent agent, representing actors for television, film and stage. I was privileged to be on the team of some wildly talented individuals, and was afforded some very unique opportunities. It was a challenging industry that helped drive my motivation and shape my career philosophy.

Ideal Job in 10 Years: As exciting as the world of film/television is, my first and true love is live theatre. In 10 years, I hope to be working as a company manager for either a Broadway production, a national touring production or an acclaimed regional theater.

What led you to enroll in the MSLCE program at Northwestern?
The first draw was certainly the rigorous academics, outstanding faculty, and reputation of Northwestern University. But after exercising due diligence into the specifics of the program, the course offerings and broad scope of the markets addressed made the most sense for my career aspirations. Though my focus is pointed in a specific direction, the arts and other creative enterprises often commingle and intersect.

Favorite (song/movie/show/festival/exhibition … )?
I am particularly entranced right now with the Broadway musical Waitress. I’ve been a big fan of Sara Bareilles as a pop singer/songwriter, but I was surprised at how adept she is at composing for the stage. Beautiful melodies, honest lyrics and a flawless cast make for great listening. And of course the groundbreaking Hamilton is on heavy rotation, too.

What are you most looking forwards to about the MSLCE program?
Meeting, learning from, being inspired by and ultimately bonding with a very diverse new set of friends!

What is your favorite Chicago landmark/attraction, or what are you most excited to visit?
lakefront, Goodman Theatre, and The Field Museum

If you could have lunch with one person, who would it be?
Eleanor Roosevelt. I’m a student and enthusiast of FDR and his presidency, but I find Eleanor equally, if not more, inspiring.

If you had to describe yourself in three words, they would be…
Compassionate, outgoing, and resilient.

If you could live anywhere in the world, where would it be?
In a tiny Parisian flat with high ceilings, tall windows, original moldings and floors, and a peek-a-boo view of the Eiffel Tower.

Where are you from?
Ohio