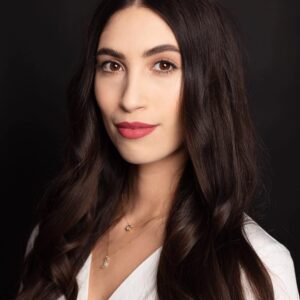 What led you to enroll in the MSLCE program at Northwestern? Fun fact: I’ve actually wanted to attend Northwestern since I was a freshman in high school and visited the campus. Now, having been in the field and learned more about the program, I was really moved by a story told by one of the alums – that convinced me!

What are you most looking forward to about the MSLCE program? Quite honestly, all of it! But I’m particularly intrigued by some of the new classes that were added in response to BLM and a greater focus into DEI ideology at the dept.

Which leader or influential figure inspires you the most and why? India Oxenberg for being unapologetically vulnerable and outspoken

Where are you from? Chicago, IL, USA