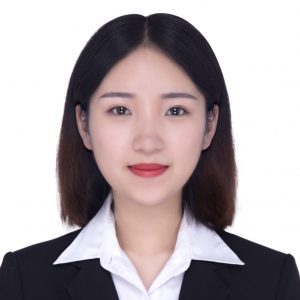 Experience: I interned for one of the biggest media companies in China, Huayi Brothers.

What led you to enroll in the MSLCE program at Northwestern? The MSLCE Program matches my undergraduate major and my interests so well. Also, I really appreciate its curriculum which perfectly combines practice and theory.

Favorite (song/movie/show/festival/exhibition … )? My favorite movie is actually a Chinese movie called Little Red Flowers directed by Yuan Zhang. This movie takes a critical look at the unhealthy education system in areas in China, but in a funny way from a child’s perspective. Besides, it’s unbelievable that they can manage such an incredible number of kids in their crew.

If you had to describe yourself in three words, they would be… Brave, sensitive, passionate

If someone made a movie about your life, what would it be called and who would play you? It would be called Plasticene and I hope Taylor Swift can play me. Because I find one similarity between Taylor and me, that is romantic relationship is sometimes the best inspiration in creating something new. This doesn’t mean what I write is all about love. I mean, this is just like plasticene that is reshaped every time in a new close relationship. However, it will still be plasticene rather than something else.

Where is your dream internship for next summer? Either a music production company or an independent film making studio

If you could donate one million dollars, which cause/organization would you choose to support? I would like to fund young and talented musicians or filmmakers to better fulfill their brilliant ideas.

Where are you from? Nanjing,China