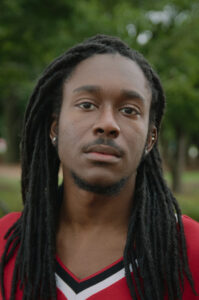 Experience: One of my most significant academic experiences, a three-week extended studies course on short film-making wherein a director taught and led my class through the start-to-finish process of film making, led me to an internship at a casting agency that became one of my most impactful extracurricular experiences. Both not only taught me a lot about creative leadership and production but also immersed me in new passions and career possibilities.

What led you to enroll in the MSLCE program at Northwestern? I enrolled in the MSLCE program at Northwestern because I knew that to learn more about the career options my passions have led me to, I needed to do so both broadly across industries and specific to where my focus leads. I learned about the MSLCE program and its opportunities by recommendation after speaking with an entertainment manager, and after looking into it myself, found that the courses and objectives aligned with the informed immersion I need and want as I begin pursuing a career in the creative sector.

What are you most looking forward to about the MSLCE program? As someone constantly interested in both the process of crafting creative products and the new mediums that have arisen to produce and deliver them, I’m most excited for the “Digital Television” and “The Power of Pitching and Persuasion” courses.

Where are you from? Chicago, Illinois, United States