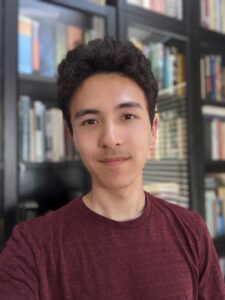 Experience: One of my most significant achievements is earning my BA of Music from DePaul University in which I double majored in Performing Arts Management and Guitar Performance. It was a challenge to balance both majors but it was incredibly rewarding to learn about the arts from the perspective of a performer as well as the management side of the arts. Another significant achievement was the internship I did at the Chicago Symphony Orchestra. It was an honor and a pleasure to be a part of such an iconic institution. It was unfortunately cut short due to the pandemic, but I learned a lot and made connections with people who have the same passion for music that I do.

Ideal job in 10 Years: I am very interested in how the music/entertainment industry is constantly changing due to cultural changes and new technologies. I’m not sure what the role would be called, but I would like my job to make a positive impact on these industries. Things like making the arts more accessible, making sure artists are fairly compensated and never exploited, and encouraging diversity and representation are what make me excited about entering this field.

What led you to enroll in the MSLCE program at Northwestern? Studying performing arts management at DePaul University taught me a lot about nonprofit arts organizations and how they are funded, managed, and marketed. I wanted to take this a step further and learn more about the entertainment industry and how it is evolving. I looked at a lot of different arts-related programs, but this one seemed to cover everything that I wanted to learn more about. The immersion aspect of this program was also very appealing because I want to make connections with people in the arts, film/TV, and music industries.

What are you most looking forward to about the MSLCE program? Both the speaker series and the internship are very exciting because they will allow me to make connections. I have yet to decide on where to intern, but any music-related company would be amazing.

If you could have lunch with one person (living or dead), who would it be? I would love to talk to Jimi Hendrix and show him how music has evolved. Since he was so ahead of his time, I would be curious to see what he would make of the massive variety of musical genres there are now. From what I’ve read, heard, and seen, Jimi seemed like a humble, genuine, kind person and I like having lunch with people like that.

Where are you from? Chicago, IL, USA