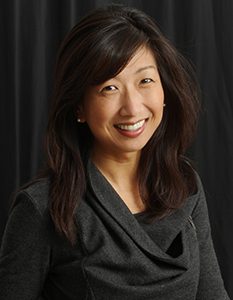 Jennifer Kim-Matsuzawa is President and Artistic Director of the The People’s Music School. Under her leadership, the school overcame a major 6-figure deficit, transformed its Board of Directors, shifted its funding base towards sustainable growth, implemented new technologies to increase efficacy and effectiveness in teaching and doubled its impact across the most underserved neighborhoods of Chicago.

The school has also been nationally recognized by Carnegie Hall, Billboard Magazine, the New York Times, and others; and collaborated with acclaimed artists like Yo-Yo Ma, Emanuel Ax, Jimmy Chamberlin/Smashing Pumpkins, and more. The People’s Music School has also performed for luminaries such as President Barack Obama and First Lady Michelle Obama, Prince Harry of Great Britain and Italian Prime Minister Matteo Renzi.

She joins the organization after over a decade at Bain & Company as Principal and Global Director of the firm’s largest practice area, Strategy and Innovation. In her client work, Jennifer focused on advising Fortune 500 companies in consumer-facing industries such as retail, CPG, gaming, and ravel, and has been based in the firm’s Seoul, Tokyo, Chicago and New York offices. Prior to Bain, Jennifer led strategy, marketing and business development efforts for PepsiCo, Inc. in both the US and Asia-Pacific. She began her career in the non-profit sector as a faculty member at The People’s Music School, followed by community outreach and engagement work with the Longy School of Music (now part of Bard College) and the Boston Modern Orchestra Project.

Jennifer has a Bachelor’s degree in Philosophy with honors from Northwestern University, and a Master’s degree in Education from Harvard University. She is also an accomplished pianist, with studies and honors from Aspen Music Festival, London’s Royal College of Music, and the National Foundation for the Advancement of the Arts (NFAA ARTS), among others. She has served as an awards panelist and grant evaluator for the National Endowment for the Arts (NEA) multiple times.