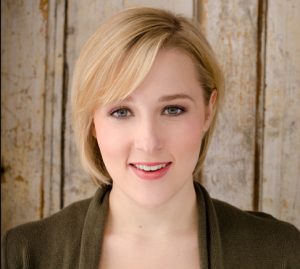 Experience: Toured with Second City Theatricals and opened a new show at the Museum of Science and Industry

What led you to enroll in the MSLCE program at Northwestern? I wanted a practical hands-on approach to my graduate education and I wanted to return to Northwestern to receive that education.

What are you most looking forwards to about the MSLCE program? The networking and professional development opportunities

What is your favorite Chicago landmark/attraction, or what are you most excited to visit? I love visiting the Garfield Park Conservatory in the first days of spring

If you could have lunch with one person (living or dead), who would it be? I’d like to take Joe Biden out for ice cream.

If you had to describe yourself in three words, they would be… Perseverance, Listener, Silly

If you could live anywhere in the world, where would it be? A year in 10 major cities for 10 years.

If someone made a movie about your life, what would it be called and who would play you? “What the Cuss?” and honestly, I’d really like to see myself played by Jon Hamm.

What thought or message would you put in a fortune cookie? Hey, you’re doing great!

What’s your favorite noodle? Rice noodles! Or bucatini! Or homemade egg noodles. Or….

If you could donate one million dollars, which cause/organization would you choose to support? Operation Breakthrough, a local non-profit in Kansas City MO that provides early childhood education to kids in at risk communities.

What award would you most like to win? Most Improved on my high school swim team. I was robbed.

Where is your dream internship for next summer? The Late Show with Stephen Colbert

Where are you from? Kansas City, MO