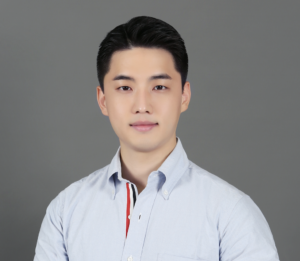 From very early in his career, Raymond Cho ’21 has nurtured his entrepreneurial spirit. His BA in Accountancy and Financial Management from the University of Portsmouth led him to his first full-time job at an accounting firm in Singapore. Although it was a great fit for his degree, he quickly discovered it wasn’t the right career path.

Instead, he launched his own business: an e-commerce platform for online gamers in Singapore to trade digital currency. After a year, the company merged with NHN, a Korean IT company, and Cho moved to Bangkok. For three years at NHN, he managed mobile game operations in five countries across Southeast Asia. His job performance—including being ranked as the No. 4 top-grossing apps in two of the five countries he managed—translated to a quick promotion to a game business operation lead. He was the youngest in the company’s history to ever fill that position.


Along with that career progression came more exposure to the company’s C-suite and senior-level executives; Cho realized that many of them had MBAs or other master’s degrees from top U.S. universities. “I felt like I should follow that path as well,” he explains. “At that moment, I wasn’t sure what to pursue, so I just started to study my options after work.” In 2019, he decided to return to Korea—where he was born—to oversee operations at a plastic surgery clinic for a major hospital as the COO. At the same time, he also landed a second COO position with MAXPERIENCE, an Asian celebrities agency founded by one of Cho’s close friends.

The following year, after balancing both COO roles, Cho heard the world of entertainment calling his name. He left the hospital to focus full-time on MAXPERIENCE and work with K-pop and Asian celebrities.