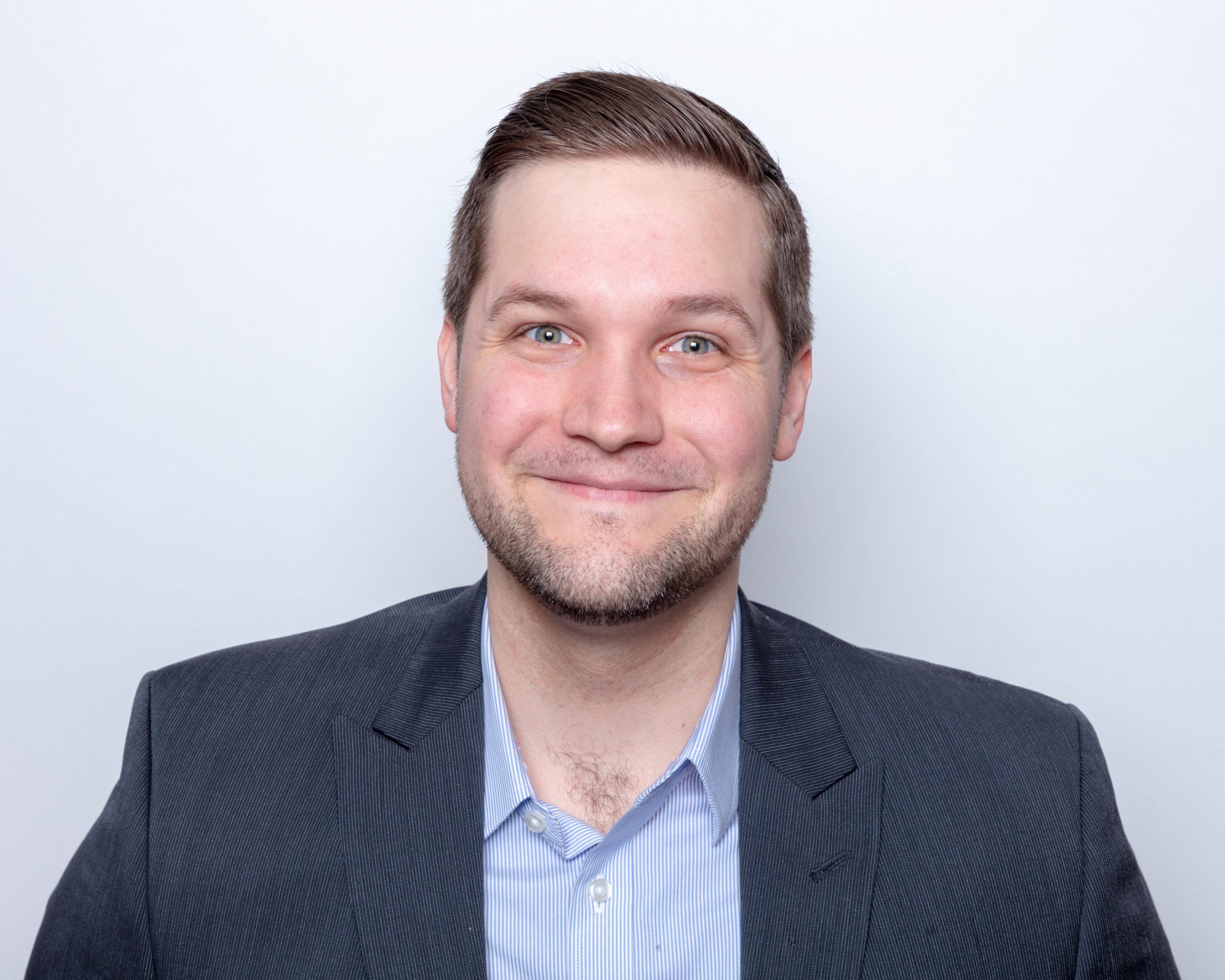 Daniel Grambow ’18 first discovered music in elementary school as he learned to play trumpet, piano, guitar, and sing. After injuring his knee in high school, he was no longer able to play sports—and he rekindled his love for the creative arts. As he spent more time in music and theater, he quickly realized that creative arts were where he belonged.

After earning a bachelor’s degree in vocal performance from the University of Miami, he went on to earn a master’s in voice performance from the Cleveland Institute of Music. These educational paths led him to places like Italy for the Tuscia Opera Festival and Austria for the Salzburg Music Festival.

Eventually, to be closer to family, Grambow moved to the Chicago area from Cleveland in 2013 as he continued to perform professionally until 2014. “I was getting exhausted by the performance lifestyle,” he says. “I wanted to pivot toward administration, production, and, eventually, entrepreneurship.”

As he phased out of performing, he founded Floating Opera Company, where he directed and produced 40+ unique, site-specific performances in Illinois, Wisconsin, Minnesota, and Arizona before the company closed its doors in 2018. “Along the way, I kept running into things I wish I knew,” he explains. “I was realizing that the industry was bigger than I thought it was.”

In 2015, he landed a role with the Chicago Opera Theater, where he eventually restarted the Opera Underground program and grew the Opera for All program to twice its size. Here, he also hired an intern from Northwestern’s MS in Leadership for Creative Enterprises program. As Grambow heard more about the degree, he decided he wanted the opportunity to study higher-level leadership in the arts.

“After I got to Chicago, I was excited to see how alive it was as a city for creatives,” he explains. “But, after time, I felt like there was a ceiling I kept on hitting over and over again. That’s when I decided to go to Northwestern—to get beyond that ceiling. I needed access to a higher-level network.”

It was during a Northwestern-hosted event with Jane Chu, former chairman of the National Endowment for the Arts, where Grambow first thought about local arts experiences beyond big cities. “At Northwestern, you’re trained by some of the top experts in the field. It opens up all these other career possibilities. She told us to keep our eyes open to opportunities outside of traditional, big-city environments. If you’re going to lead an organization, the best prospects sometimes exist beyond those places.”

Today, Grambow uses his arts administration skills at Chautauqua Institution in Chautauqua, NY, a large nonprofit that produces an eclectic mix of symphony, opera, theater, dance, and visual arts programming. “I’m not the person sprinting to be at an early-morning audition. I’m not the person throwing thousands of dollars at audition fees,” he says. “This job is a mixture of both in a really unique way. I still screen thousands of applicants with the musical ear I trained myself to have. My performance training has helped me learn to be empathetic to performers and advocate for fair pay and representation.”

As the managing director for Chautauqua Opera Company, Grambow is taking full advantage of the opportunity to grow the arts in Chautauqua at a pivotal time, working with top composers to bring an innovative new vision for opera to life and build its connection to the community.

“Chautauqua Opera is the fourth-oldest opera company in the country,” he says. “I was hired in May 2019 and artists arrived in June for our first big opera festival. That’s where Northwestern’s leadership training really paid off. Without it, I would’ve struggled to handle the workload and succeed the way I needed to.”