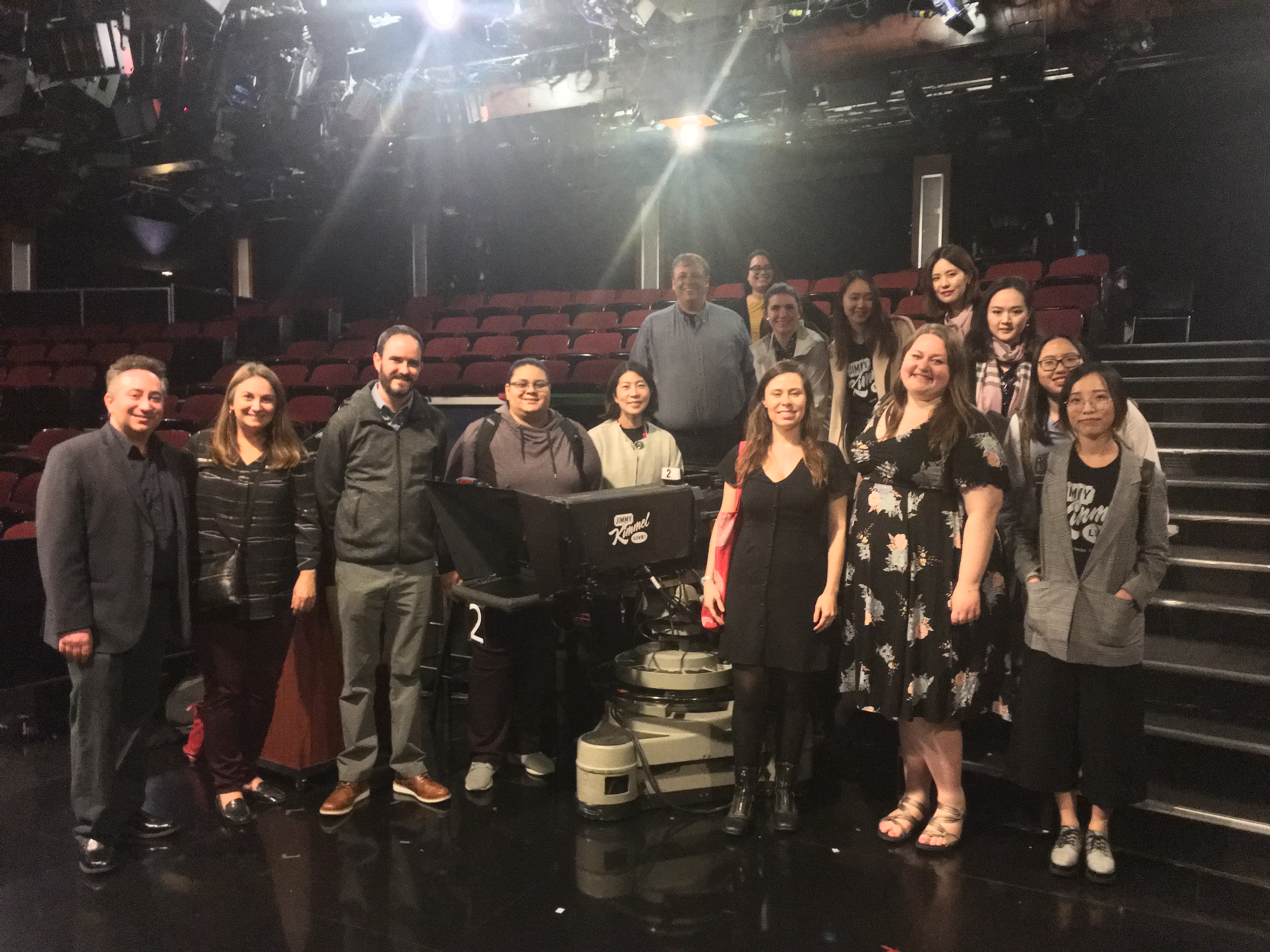 Before this trip, I had only been to Los Angeles twice in a tourism-driven setting. This time, the opportunity to peek behind the curtain and see the many cogs that make up one of entertainment’s driving centers was more than appealing. Third time’s the charm, right?

As someone who is currently at a crossroads between pursuing two different sectors of the entertainment industry post-grad, Los Angeles provided the perfect balance between all that the field had to offer. While the majority of our site visits focused on film, television and agency representation, trip leaders and site hosts made sure to share as much of their companies as possible. This included several music-generated talks and visits, which I found particularly valuable.

I boarded the plane to LAX thinking this would be a good trip overall – I had no solid idea of what to expect. I landed back at O’Hare feeling more inspired and prepared for the professional road ahead of me.

The trip itself was a jam-packed work week filled with site visits, industry speaker sessions, and individual professional development meetings. What elevated the trip was the camaraderie between our cohort, spurred by our shared desire to absorb as much as we could in the five-day span. There were many inside jokes and laughter-filled bus rides in between site visits and I truly valued getting to know my classmates better.

There are multiple sessions that sparked intrigue, but to include them all in one setting would require a lot more time and even more web space. My colleague and fellow LA blog writer Tom Wall and I brainstormed how we both could cover the vast expanse of our experience and settled on dividing it down the middle. Tom’s blog focuses on our incredible visit to The Black List with Franklin Leonard and Olivia Mascheroni as well as our right-off-the-plane group meeting with Freeform’s Kenny Miller.

One session that particularly inspired me was with our last industry guest, David Levine, former Co-Head of Drama at HBO and newly minted Head of Television at Anonymous Content. I had briefly met David at a larger television panel on campus last fall, but it was in this session that his expertise truly permeated the room. I was also one of two ambassadors for David’s visit, meaning I was in charge of researching his industry history, professional background and coming up with insightful questions to lead our discussion. David was very giving with his time during his hour-long session, especially considering he had started his new position with Anonymous Content just two weeks prior. He doled out career advice by applying examples from his own career, encouraging us to “find what you love” by assuring us that in this industry, “you can’t separate who you are from what you do.”

During the discussion, we also covered the difference between “art” and “content” and how “not separating the artist from the art” was key to his success as both a development executive and now a producer. His work on big-budget series, ranging from True Detective to Game of Thrones and everything in between, gave him ample examples to pepper in when demonstrating the valuable lessons he has learned in the industry. I particularly appreciated one of his parting affirmations, and it has stuck with me to this day: “You’re as much a draw as anybody.”

The site visit that impacted me the most was our Wednesday night capstone at ABC’s Jimmy Kimmel Live!. It was there that I discovered that it was possible to forge a road between the two paths I am considering pursuing – there was a way to combine television producing/development with live entertainment production. After we were escorted to the VIP green room, we met with Executive Producer Jill Leiderman, who is, in a word, extraordinary. What particularly struck me about Jill was her openness to hearing what we as students had to say. Despite the short amount of time until she had to be in the control room, she made a point of going around the room and asking each one of us to share our career goals.

Jill discussed her varied career trajectory at length and was even more open when giving advice. She encouraged us to “be bulletproof” in what we do, strengthened through commitment and hard work, as well as take the time to “find opportunity to balance your life.” Her take on this important subject was particularly impactful – she knows the importance of being great at what you do, but she also stressed the value of finding greatness in your personal life. As someone who greatly values family and friends, I understood and appreciated her take on this.

Jill also picked up on little things, including two of my colleagues’ focus on music performance – she ended up bringing in the show’s band leader (Cleto of Cleto and the Cletones) to talk with us post-show. That attention to detail was incredibly impactful – she not only listened to us, but she opened her arms and studio doors to help us bounce ideas off of people she knew could help us along our individual paths.

Several of my colleagues remarked that I was “in my element” during this site visit – and I agree with them. I found myself and my mind open to the influx of new information, from the green room to the control room (where we cycled in groups of four throughout the taping) to the stage itself where we posed with Jill post-show. The entire JKL staff was friendly yet fiercely professional, and the mix of the two seems a rare and special thing in Hollywood.

Our five-day trip to Los Angeles was a fast-paced blur of a journey, but I left the West Coast inspired and ready for my penultimate quarter in the MSLCE program. I returned to Chicagoland motivated to make my last moments as a Northwestern student memorable ones. The further I progress in this program, the clearer my career path becomes. The industry trip helped lift that fog a little more, and now, the final stretch to the summer internship and post-grad job search is more visible. Now it’s time to ride the wind to the finish line…

*Special thanks to Jonah Zeiger, Holly Allen and the entire MSLCE team for making this trip possible. Your hard work and flexibility do not go unnoticed. Thank you!