The Intersection of Film, Art, and Advertising: An Attention-Catching Night at the Block Museum 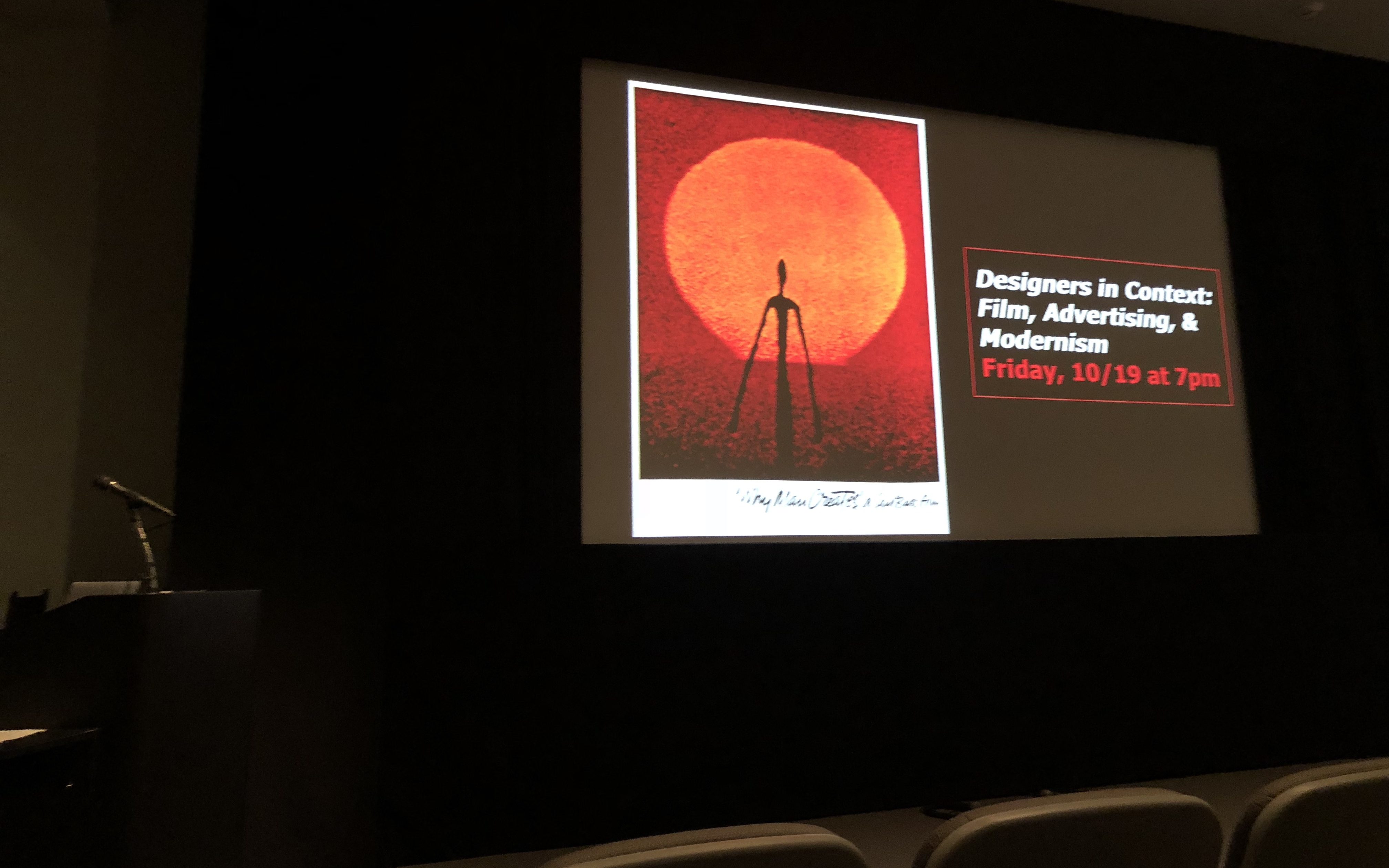 What do the famous shower scene from Alfred Hitchcock’s Pyscho and baby lotion have in common? More than you might think.

In one of the most iconic scenes in film history, Hitchcock disorients his audience through a series of sharp cuts, quick pans and harsh zooms in the opening scene of his 1960 thriller, Psycho. It was a scene design that was completely unfamiliar and unknown to the public…until two years later in a television commercial for Baby Magic, a lotion for newborns, had very much the same look and feel. The two works, while seemingly as dissimilar as two concepts can be, shared a common bond: scene designer, Saul Bass.

Bass, and his work, was one focus of the Block Museum’s Designers in Context: Film, Advertising and Modernism. Hosted by Lynn Spigel, Professor of Screen Cultures at Northwestern, the film series served as a companion  piece to the museum’s exhibition, Up is Down: Mid-century Experiments in Advertising and Film at the Goldsholl, which explores different aspects of the cinematic world of Chicago-based filmmakers, Morton and Millie Goldsholl.

The late 1950’s and early 1960’s marked a time of experimentation in the world of film, and this avant-garde spirit made its way into the burgeoning television advertising industry. The Goldsholls were at the forefront of this innovative movement. Spigel took us through a series of experimental short films that showcased the risks taken by the advertising industry at the dawn of the age of television, including works by the Goldsholls, Saul Bass, Fred Mogubgub, and other experimental filmmakers from the era, as they looked to capture audience attention by breaking the advertising mold of the time. 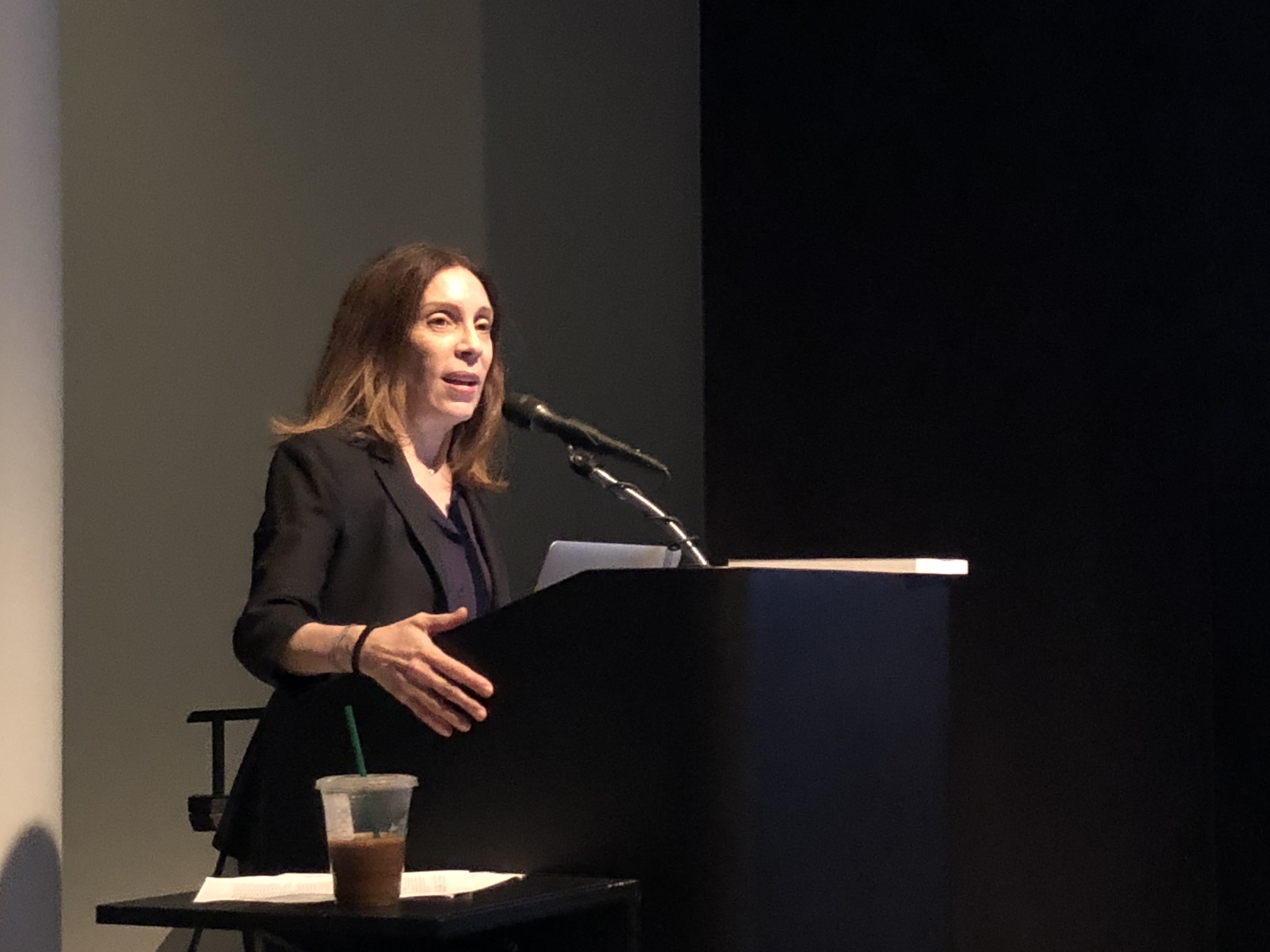 “A lot of work in television at the time was in live shots, demonstrational, and it was very slow moving,” said Spigel. “That’s why turning to people like Bass, and increasingly to creative firms doing things like fast-paced cutting and montage, was a way the industry thought they could catch people’s attention. The whole goal of things like this was to make people pay attention to ads.”

The whole experience with Professor Spigel at the Block Museum definitely succeeded in catching my attention, as I hope to establish a career right at that intersection of television and advertising after I graduate from the MSLCE program. It was fascinating to see how many parallels could be drawn between works of “pure art” (or, “art for art’s sake” as members of this quarter’s Understanding the Creative Industries with Professor Jacob Smith would call it), and works intended to sell a product. It’s a fine line to walk, even today, and it was particularly interesting to see how filmmakers and advertising executives counterbalanced each other in the early days of television.

Curious what’s next at the Block Museum? Check it out here. Interested in learning more about our program and how you can get involved? Click here!