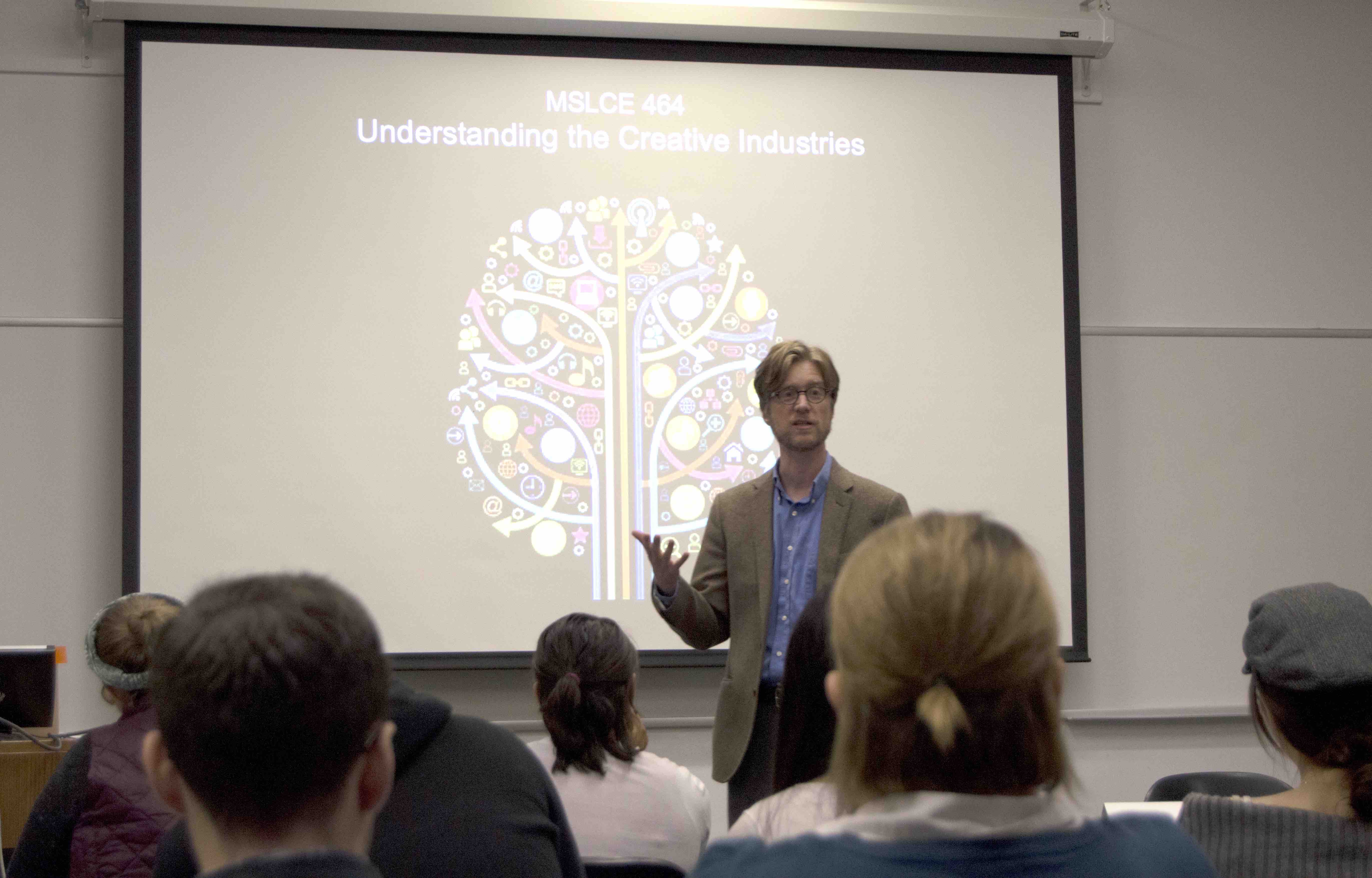 Have you ever wondered why movies don’t release around the world at the same time? Or why you can’t say certain words on TV? Or how games that are free to play generate revenue? MSLCE students explored the answers to these questions through the fall term in Professor Jacob Smith’s “Understanding Creative Industries” class.
As future leaders in the creative industries, it’s important to understand how media works. By recognizing how film companies, video game publishers, and television networks operate, it’s easier to analyze the consumer, and determine how to best reach your target audience. Many students in the class come from different artistic backgrounds including theater, film, advertising, and television. Each student had the opportunity to apply the class concepts to their preferred industry and beyond.
“UCI has given me a tremendous sense of the concepts and issues that span all creative industries, and has helped me understand that an analysis/case study of another medium can be directly applied to my chosen field,” said MSLCE student Minda Cerva.
Over the 10-week term, the class critically analyzed topics such as censorship, regulation, celebrity, and standardization. Students also focused not only on what is popular now, but how trends shift and develop over the years.
Professor Smith made great use of the media as a form of educating on it. Students explored these various topics through podcasts, films, and media case studies. From the beginning of the term every student was asked to follow an industry of their choice closely, to analyze the trends occurring within, and to relate to the class how it was relevant to each week’s discussion.
The term culminated in a series of group projects, where students were asked to create a vast transmedia franchise out of current media. Fantastic presentations were given on plans to expand cultural mainstays such as “Westworld,” Pan’s Labyrinth, Vincent Van Gogh, and Humans of New York. It was clear how much the students took from the seminars in creating their franchises.