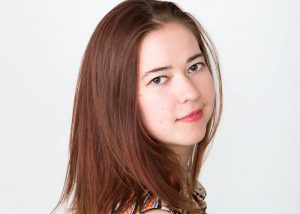 There are two creative industries that fascinate Tate Glover: dance and film. Once Glover finishes the MSLCE program, they plan to pursue a career that fuses both of these industries together.

“Something that interests me is dance film — combining those two mediums to create new works of art,” Glover explained during a recent interview. “Things you couldn’t do on stage, but in film you manipulate the movement.”

The Boulder native and Kenyon College graduate is drawn to dance because of what the art form’s dependence on the human body to express emotions and meaning.

“When people are experiencing emotions, their bodies take on different shapes and that’s something as humans we have the natural ingrained response to,” Glover said. “A lot of interesting things that happen when you bring that into dance specifically.”

As a choreographer, Glover enjoys “being in charge of what’s being expressed.” They explained, “You’re starting from a very basic spot, which is the human body, and there are so many different things you can do with that.”

Though Glover is interested in combining choreographed dance with the art of filmmaking, they also acknowledge that bringing these two creative fields together presents challenges.

“With film you’re both more limited, since you’re working on a 2D screen. In a performance you can put dancers anywhere in the performance space,” Glover said, “but also there’s more possibility. You can put a camera in places where you cannot put an audience member.”

Glover hopes the MSLCE program will provide some guidance about how to make these professional aspirations a reality.

“I moved out to Evanston about a year ago in order to try to see what I could make happen and I got out here and realized I have no idea what I’m doing,” Glover said with a laugh. “There’s knowledge I need I think this program can provide me with.”