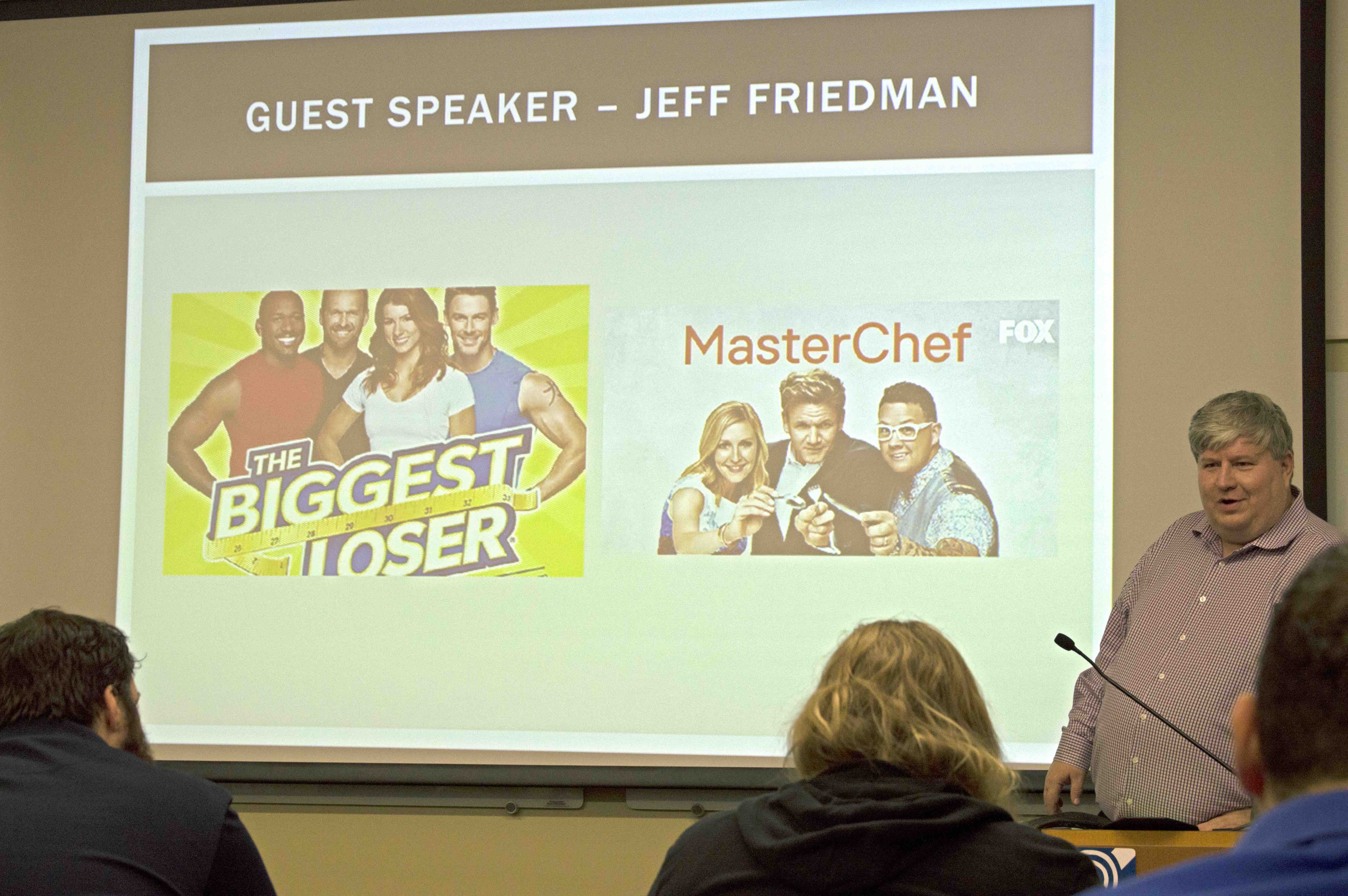 “Superman” sued “The Greatest American Hero.” “Jaws” sued “Great White.” “Star Wars” sued “Battlestar Gallactica.” Hallmark sued Maya Angelou.
Each of these complicated lawsuits were brought to court, some with merit while others were found to be without. But the topics, though nuanced, were consistent. The issues typically involved either a charge of copyright infringement or breach of contract. And each case individually had repercussions in their respective industries, and were terrific learning tools in Professor Rick Morris’ Arts and Entertainment Law and Ethics course.
MSLCE students in this fall quarter elective course were all looking for a primer in the typical (if there is such a thing) legal hurdles that they might face in their careers in the creative industries. The class was composed of diverse perspectives, and students’ career plans ranged from running an opera company to creating a television show to recording their own albums. In each of those instances, as career professionals, the students will encounter dozens of scenarios with legal implications, and Professor Morris was tasked with making sure that we had the strongest base of knowledge in order to tackle them. Though we were not law students, he was not afraid to discuss nuance in depth in order to give us the clearest understanding of why a decision was rendered by the courts, and how that might impact decisions we may make as professionals.
The course was a rigorous exercise in learning that included case studies, case analysis, drafting contracts, and debate and discussion to apply the concepts to current issues. Three separate case studies looked at organizations and corporations in various creative industries and asked the students to apply course concepts to understand the mechanics of managing content distribution and intellectual property.
Each class period involved discussion of numerous historic court cases with applicable lessons, with students taking turns each week as the “expert” who would help guide the discussion. Professor Morris brought in two fantastic guests, both top entertainment lawyers who specialized in reality television contracts and music copyright, respectively. The course also included a project that spanned the quarter, which guided the students through the issues of filing for copyright and drafting contracts to both option intellectual property and distribute the resulting content or production. The final class period gave the students an opportunity to present their project and resulting final contract, and discuss any foreseeable issues or challenges that may arise from similar scenarios. The students were thrilled to have the chance to learn from the research and practice of their peers.
Overall, the class was a strong primer on the often complicated legal world as it applies to our creative fields, and we feel far more prepared to approach these future situations with confidence. As student Charlie Wein puts it, “I was thrilled to learn the intricacies of copyright law and understand how to properly apply concepts like fair use to my future work.”